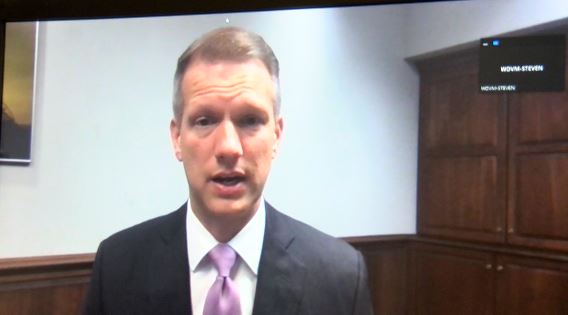 CHARLESTON, Va. (WDVM) – A proposal to give the Internal Revenue Service access to your bank account has caused an uproar in Capitol Hill. This proposal was created as a way to crack down on tax fraud.

West Virginia State Treasurer Riley Moore joined congressional Republicans and a coalition of state treasurers who say the proposal is a “big brother,” an intrusion into our personal lives . The plan would also be costly, making community banks vulnerable to takeover by larger banks. Moore said what Washington is doing is “Dodd-Frank on steroids”, referring to historic Obama-era banking regulatory law.

“The IRS’s jurisdiction over all American financial information, which I believe is unconstitutional – I think it’s a 4th Amendment violation, unreasonable searches and seizures, and that’s something we oppose.” Moore said.

The original IRS plan would provide access to bank accounts with deposits as small as $ 600. Faced with opposition, however, Democrats raised the threshold to $ 10,000. Treasurer Moore says the interest earned reported on tax returns is enough for the IRS to determine if a filer is cheating.