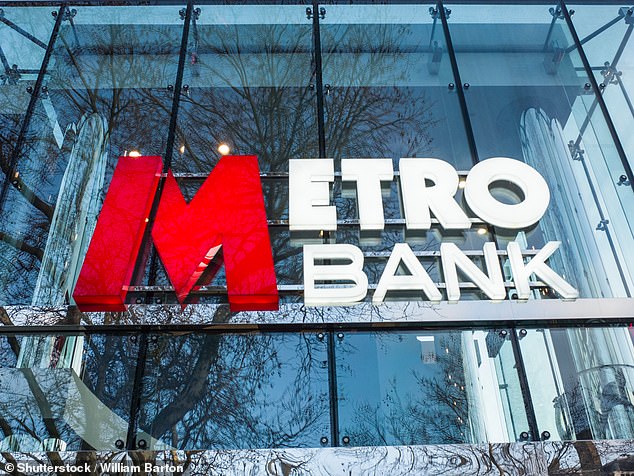 VICTORIA BISCHOFF: How is it possible that Metro Bank hasn’t introduced the vital name verification fraud prevention system yet?

By Victoria Bischoff for the Daily Mail

Earth calls Metro Bank. Did you somehow miss the memo that Britain is at the center of a global fraud epidemic?

Every day, sophisticated scammers seek to drain your customers’ accounts for all they are worth. So how is it possible that you haven’t yet implemented a basic but vital fraud check to prevent this from happening?

But – until recently – the name was just for show. The banks did not verify that this matched what they had recorded.

This meant it was too easy for scammers to convince victims they were transferring money to HMRC or a ‘secure account’ in their own name.

Most people assumed that if the account holder’s name differed from what they entered, the banks would block the transfer.

In fact, it could have belonged to Joe Fraudster and the payment would still have been made, as long as the account number and sort code were correct.

However, in a big step forward, most major banks have now introduced a new system called “beneficiary confirmation”.

It’s not rocket science. It just means that companies now ensure that the name and account details match.

And, if they don’t, a warning message will pop up, alerting customers that something is wrong. The simplicity of it all makes you wonder why this control wasn’t in place all along.

It is therefore incredible that some banks have not yet introduced it. We’re still waiting for around 11 companies to upgrade their systems, although the idea was first mooted over six years ago and rolled out to major players in 2019.

And, as I discovered last week when trying to pay a shopkeeper £250, Metro Bank – with around two and a half million customers – is one of them.

This led my bank to issue a stern warning: “We cannot verify the information you have entered, as their bank does not offer this service”.

‘By choosing ‘Continue’, you agree that you can send money to the wrong account and not get it back.’

Although I was convinced that I was not scammed, it was still troubling. My bank didn’t like it either. I quickly received a voicemail demanding that I answer a series of security questions over the phone before the money was released.

While I appreciate that at least someone paid attention – and, to my relief, picked up the phone – none of this should have been necessary.

If we are to have any chance of stopping the scammers, some banks really need to up their game.

As I broached the subject of the fraud, I was disconcerted to also receive an SMS from my bank containing a phone number to call.

Experts always say that you should never trust the numbers provided by SMS and instead use the one on the back of your card.

We’ve seen people get caught by scam text messages time and time again. This kind of inconsistency is very useless when it comes to raising awareness of simple fraud prevention measures that we should all be taking.

Booking a holiday is complicated enough at the moment, with no online agents such as lastminute.com advertising sold-out flights.

Luckily I had paid by credit card, otherwise I would have waited days for the money to be returned to my bank account after later canceling the reservation.

In the end, we saved a bundle by booking directly with the airline. Lesson learned.

I was also interested to see that lastminute.com – which already offers customers a plethora of insurance options – had wasted no time cashing in on the lost luggage debacle at airports. “What if your bags get lost? Protect your luggage for just £6.90 per person,” the advert reads.

Apparently you’ll get £1,000 if your suitcase doesn’t materialize within 96 hours. I would check the fine print first.

Some links in this article may be affiliate links. If you click on it, we may earn a small commission. This helps us fund This Is Money and keep it free to use. We do not write articles to promote products. We do not allow any business relationship to affect our editorial independence.