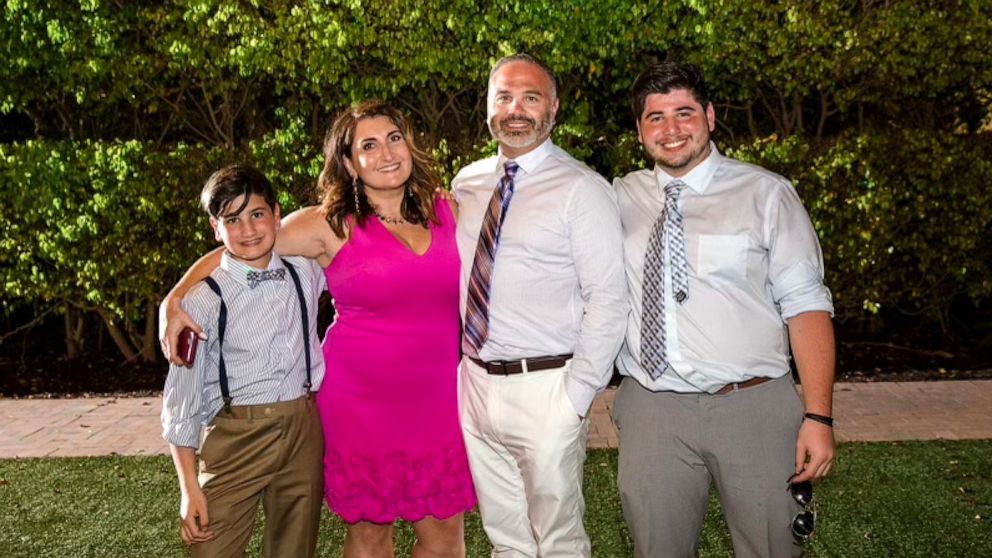 David Ormsby remembers the stress of trying to make ends meet as he juggled between paying off his student loans and paying for living expenses and children.

He asked for several deferrals of his monthly student loan payments because he couldn’t afford it, he said.

“It came down to paying for the house or paying my student loan,” said Ormsby, 50, who lives outside the Detroit area and works in equipment purchasing in the automotive industry.

The pause on federal student loan repayments and interest accrual — began in March 2020 with the passage of the CARES Act to help those facing economic hardship amid the pandemic — and has been extended to both by the Trump administration and the Biden administration.

Rising student loan debt can leave borrowers feeling trapped and helpless. So, for many, the repayment break gave them new freedom to decide how they would spend and save their money.

Ormsby, who said he has nearly $90,000 in federal student loan debt, called the break a “welcome relief, especially during Covid.” It allowed him to save money to reduce debt and save for retirement, he said.

Even before the pandemic, reducing or even canceling student debt had become a political issue, especially for Democrats, while some Republicans called the idea “reckless”.

White House press secretary Jen Psaki told “Pod Save America” ​​on April 14 that the cancellation of at least some student loan debt through executive action is “always on the table” for President Joe Biden.

During his 2020 presidential campaign, Biden promised to cancel at least $10,000 in federal student loan debt for each borrower, and came under pressure from progressive Democrats to work toward cancellation outright. debt.

“Between now and August 31, (the hiatus is going to) either be extended or we’re going to make a decision, as Ron (Klain) mentioned, about canceling student debt,” Psaki said.

This update came the week after Biden announced the latest hiatus extension, which is due to expire on August 31.

“As I recognized in recently extending the COVID-19 national emergency, we are still recovering from the pandemic and the unprecedented economic disruption it has caused,” Biden said in a statement announcing the extension. “If loan repayments were to resume on schedule in May, analysis of recent Federal Reserve data suggests that millions of student borrowers would face significant economic hardship, and that delinquencies and loan defaults could threaten the financial stability of Americans.”

Since March 2020, about $195 billion in student loan repayments have been forgiven for nearly 37 million borrowers, according to the Federal Reserve Bank of New York.

Farzad Kapadia, a 40-year-old man living in Brooklyn, New York, is one such borrower.

He told ABC News he decided to go to college partly because he wanted to work at the United Nations to serve the world and learn how to help different cultures.

To fund his graduate studies at The New School, a New York University, Kapadia said he relied primarily on federal student loans, which totaled around $80,000.

“There was no other option,” he said. “I needed a graduate degree to get into many of the fields I wanted to go into.”

Kapadia, vice president of sales at a financial services-related company, said his monthly payments before the break were nearly $1,000. He had to set a daily budget and refrain from going out and eating in certain restaurants.

For him, the pause in federal student loan repayments is “totally life changing.”

“Pausing means living a life that has dignity… (and) living a life where I’m not paranoid every five minutes about my account hitting a certain level,” Kapadia said. “It means being able to make choices that I never could.”

Lisa Giordano is executive director of the Association of Young Americans, a nonprofit, nonpartisan organization that advocates for young people on a variety of issues, including student debt.

It’s been almost impossible for young people in recent years to gain stability after graduation, she said, because of “the job market, the housing market – all these kinds of external factors that are at stake that were not at stake during our parents’ generation, and then the added burden of student debt.”

After graduating from Flagler College in 2015, Briana Lagos of Cincinnati, Ohio, said it was quite difficult for her to manage paying off her federal debt of about $20,000.

ABC News reached out to Lagos, who is pregnant, after she tweeted, “I really hope the student loan break will be extended, for all these medical bills I’m about to endure.”

Lagos, who now works as a fitting specialist for a bank, recalls working part-time at Joanns Fabric and Crafts, then full-time at an insurance company for a few months, then part-time as a substitute teacher.

The 28-year-old admitted that she previously lived with her parents for helping her pay off her student loans.

“But at the same time, I wanted to save to have my own house and move on, and it was hard to save just by working those jobs,” she said.

Earlier in the break, Lagos said she had taken advantage of the halt in accrued interest by still repaying her loans. However, as the break continued to drag on, she said she stopped paying them money because she hoped some student loan debt would be forgiven.

Braxton Brewington, press officer for the Debt Collective, which advocates for cancellation of student debt, said “the break really helps people, but cancellation would be even better.”

He also noted how disproportionately black women are burdened by the student debt crisis. They find it more difficult to repay their student debt “for a variety of reasons that are systemic and not personal,” he said.

Black women owe 13% more money than they borrowed 12 years after starting college, when on average white men have paid off 44% of their debt, according to a report by the Education Trust.

To pay off their student loan debt, many borrowers have had to make sacrifices.

Amy Gugliemino, 23, of Chattanooga, Tennessee, started chipping away at her approximate $7,000 balance in federal student loans while attending college and paid them off in full last year. In doing so, however, Gugliemino said she had to give up building up her savings and pursuing interests such as travel.

“I have practically no savings at this point because I spent everything I would have saved on my loans,” she said.

To get Ormsby to reduce his student loan debt, he said he took a second job delivering errands with Shipt.

“It’s kind of disheartening knowing that you have that weight around your neck and you can’t do anything other than your peers,” said Kapadia, who is also a member of the New York chapter of the Debt Collective.

According to an estimate by Federal Student Aid (FSA), at least 40,000 borrowers under the Public Service Loan Forgiveness Program (PSLF) will have their debts immediately forgiven.

More than 3.6 million people will benefit from at least three years of credit added to the cancellation of the IDR and “several thousand borrowers with older loans will also benefit from cancellation via the IDR”, said the Ministry of Education.

“Student loans were never meant to be a life sentence, but it certainly is for borrowers who are barred from the debt relief they are eligible for,” the secretary said at the Education, Miguel Cardona, in a press release.

The FSA will include “certain long-term forbearance of IDR and PSLF remission” and cancel loans for any borrower who has made the necessary amount of payments under “IDR remission based on revision of the number of FSA payments,” in addition to other actions, according to the Education Department.

Student loan debt “stays with you until it’s paid off,” said Bruce McClary, senior vice president of memberships and communications for the National Foundation for Credit Counseling. “It will follow you for the rest of your life if you try to ignore it, and it gets in the way of a lot of things.”

How to Use Airtel Payments Bank Features on WhatsApp