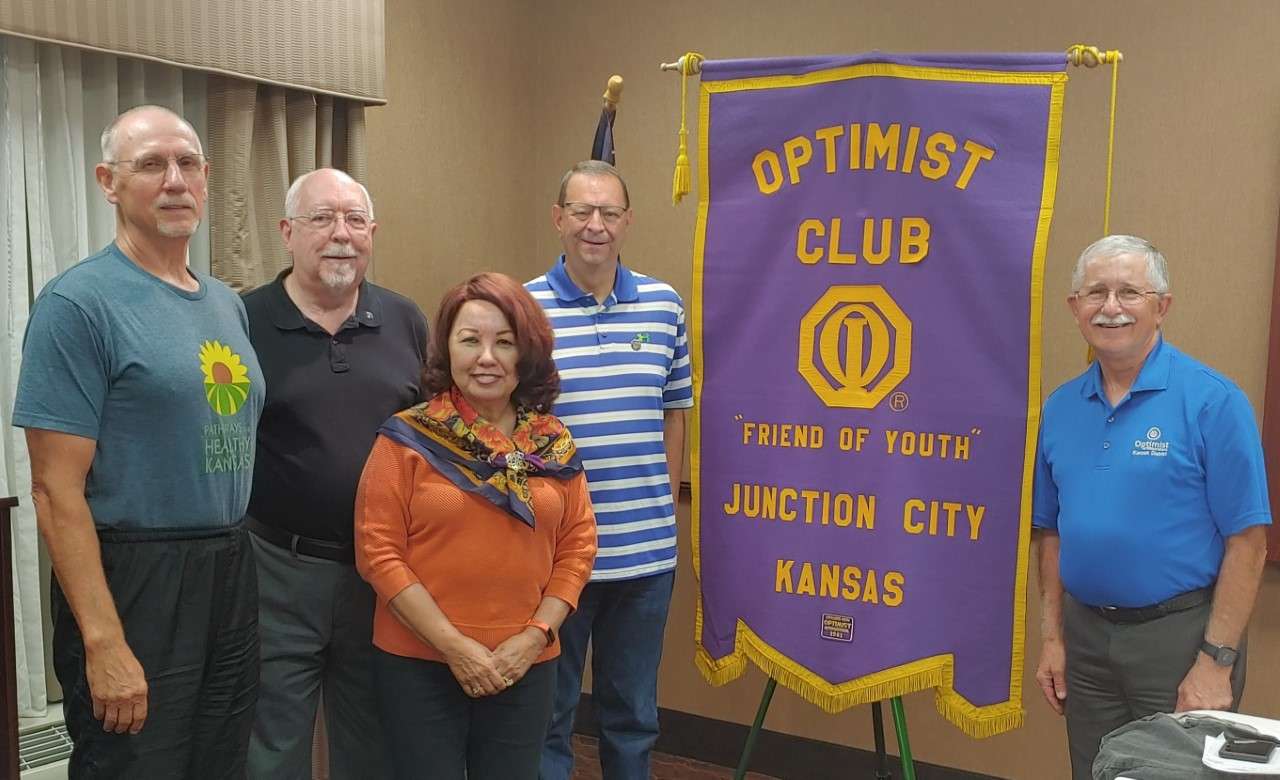 The JC Breakfast Optimist Club, Inc. is celebrating 60 years as an organization that supports the activities of the youth of Geary County. The club was formed in 1961, when Royce Baerg, a KJCK employee and member of a regional Optimist group, partnered with local entrepreneur Edgar Ervin to bring together friends and associations to form a Junction City club.

In the early years, members were mostly local businessmen and tradespeople. In most cases, they weren’t available for lunch or evening meetings, so an early breakfast was the best time for this group. The meetings were held in the dining room of the Bartell Hotel, which was then the Lamer Hotel. In 1969, the meetings were moved to the Pancake House on South Washington Street, which later became the Beijing Restaurant. Club meetings have once again moved to Cobb’s Family Restaurant, next to the Grandview Plaza gas station. This business was later demolished and the club moved to Stacy’s Restaurant in Grandview Plaza. In 2014, meetings were again moved to the club’s current meeting location at the Hampton Inn at 1039 South Washington Street.

Although there were no rules against this at the start of the club’s formation, the squad was made up entirely of men. Like other similar organizations at the time, there was an auxiliary organization for wives called Opti-Mrs. formed in 1975. Carolyn Gaston was their leader. However, women started to become members and joined the men in the 1980s. The first woman to serve as president of the JC Breakfast Optimist Club, Inc. was Luise Kluesner Mathes Richards in 1994. Denise Carlson was also president in 1999 and the current president-elect is Nita Miller. The current president of the club is Don Manley.

The club meets every Wednesday at the Hampton Inn. The â€œCelebration of Optimismâ€ begins at 6:50 am and is open to anyone interested in supporting the youth of Geary County.