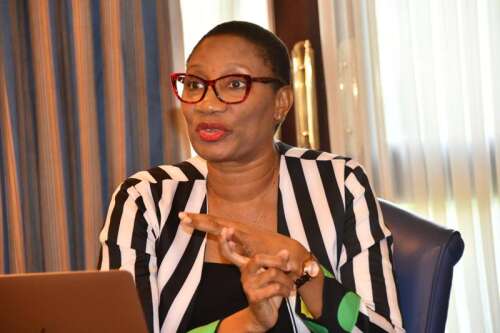 The The Jamaica Intellectual Property Office (JIPO) is optimistic about the prospect of commercial banks accepting intellectual property (IP) as collateral to provide financing to micro, small and medium-sized enterprises (MSMEs).

At the last Jamaica Observer Press Club where the concept of IP-backed financing to access business loans was discussed, JIPO Project Manager Kayanne Anderson pointed out that as the economy continues to evolve, all players, including commercial banks, must find new ways of doing business.

“What we need to understand in this economy is that we are actually in a disruptive economy, not a fixed or fixed economy. The fiat money system itself is disrupted. We are in a period of high risk, every decision we make has a high impact. taking risks, so it takes boldness, courage and being able to go above and beyond,” she said.

Anderson noted that JIPO is already laying the groundwork through its pilot project on IP-backed financing, providing training in monetizing IP and raising awareness among banks, corporations and asset appraisers. JIPO has so far secured the commitment of two major commercial banks for the pilot, to test financial products against intellectual property assets.

“We reached out to commercial banks, we worked closely with the Jamaica Bankers’ Association (JBA) at the executive level – the JBA engaged in this process. We also trained commercial banks on assessment ,” she said, noting that JIPO has trained credit and adjudication risk managers from seven commercial banks in advanced IP valuation, as well as seven independent assessors and two from the central bank.

“Build the framework of professionals and better understand how to value intellectual property at all levels [with] independent people who can provide this service as well as the commercial banks themselves who manage the assets when they approach them, and the central bank, who has to deal with the regulations, we have found so much value to have took this approaching. It was outside of this training process that all the commercial banks wanted to be involved in the pilot,” Anderson explained.

According to the JIPO, the plan is for companies involved in the pilot to submit their loan applications to banks by the end of December, after which the companies’ performance will be monitored. The pilot project is expected to end in March 2023.