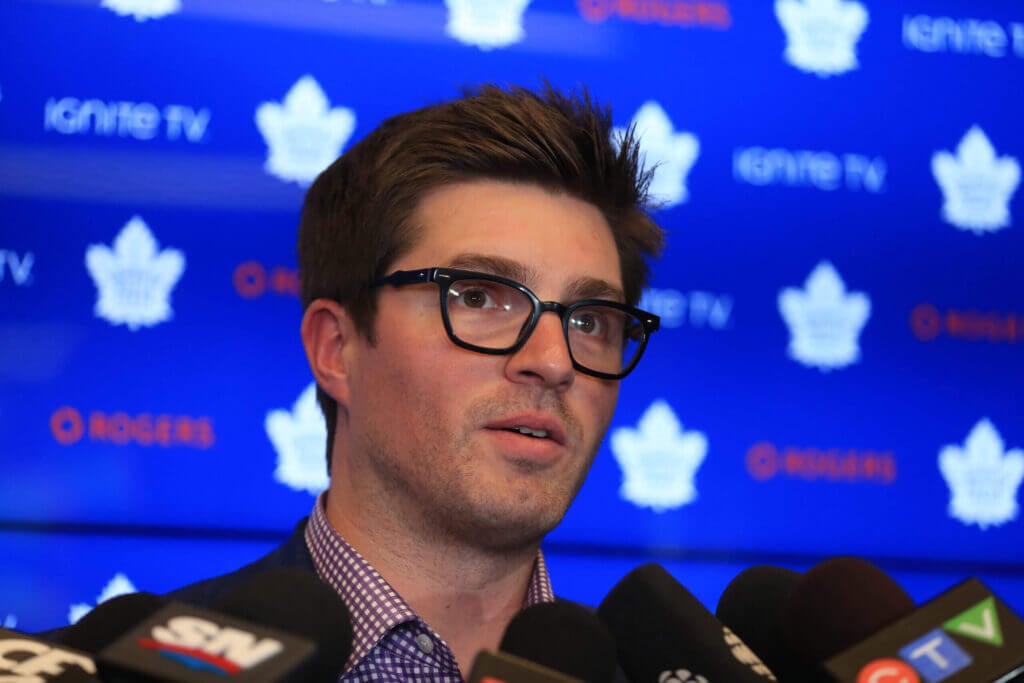 These 10 days have been very intriguing for the Maple Leafs and their front office suddenly under fire.

It started with Petr Mrazek being drafted and cap dumped in Chicago on Day 1. Since then, there has been a trade for another struggling goaltender with a big contract and seven free agent signings.

In total, here are the 14 significant roster changes they’ve made during this time.

There is more to come. I can guarantee it.

Here’s where the Leafs’ roster stands at this point, with a key RFA still in need of a contract after Pierre Engvall signed a one-year, $2.25 million deal on Sunday night.

I’ve been a bit of a liberal, including a lot of players on the NHL roster; not everyone here will have a seat when training camp ends in the fall.

This list of 23 men above exceeds the cap by approximately $2.3 million. Leaves could get under by sending in a striker and the two extra defenders, dropping them into a league-minimum 20-man roster with only a little space left.

Having that extra NHL-caliber depth is great, assuming everyone clears waivers. Where Jarnkrok’s $2.1 million ceiling has hit and Engvall’s new contract complicates matters, however, is what’s happening with Rasmus Sandin.

There’s an obvious standoff between the agent and the Leafs, one that may not be resolved for some time. As a result, Sandin’s contract is a little tough to call, but anywhere between $1 million and $2 million could make sense depending on how long they settle on.

Either way, signing Sandin would put the Leafs even further above the ceiling than what we’ve shown. It would also create a big block in defense and leave a few good players on the outside looking ahead.

The most natural decision would seem to be to send in a defender, especially with Benn and Mete now on board in the No. 7 and No. 8 roles, where they are solid veteran options. Like I’ve said in the past, I don’t believe Jake Muzzin is going anywhere. Neither are Morgan Rielly, Mark Giordano, TJ Brodie or the recently re-signed Timothy Liljegren, for various reasons.

So Justin Holl or Sandin?

Dealing with Sandin makes me nervous, given his age, his benefits, and the fact that you might not get a ton in return. Maybe there is a bit of a rift there, as can happen in the RFA talks, but surely that can be reasoned out and sorted out with increased opportunity next season.

That said, he’s a southpaw, and the Leafs are suddenly very well-stocked on the left side. Finding minutes for him may not be easy.

Dealing Holl subtracts from an already thin right side and, again, there’s probably no big comeback to come. But he’s been on the block for some time and is entering the final year of his contract. And, at $2 million, he does a lot for someone who would sometimes have to sit down to greet all the Leafs defensemen.

The only other cap victim I can potentially see is Alex Kerfoot, who also has a year left on his contract before he becomes UFA. There’s a heated debate about dumping him on Leafs Twitter these days — yes, even in mid-July — and using part of his $3.5 million salary to sign a or two of the straggling free agents.

The Leafs could also use some of that money to make sure they have enough for Sandin, as well as an extra player or two and some wiggle room going into the season to make more moves.

If the Leafs move one of their defensemen, there really isn’t room to add anything significant in free agency, because neither Holl nor Sandin will break the bank. You would need to use their hits to just carry an extra defender and fill the roster, if traded.

If you move Kerfoot, however, you keep seven very good NHL defensemen and earn about $2 million more to spend. But you’re a veteran player who had 51 points last season and can play all the way through the lineup. If you move him to make another play in free agency, you have to hit on that signing.

In terms of players the Leafs could be looking to sign, it’s a pretty eclectic list. There’s a 36-year-old veteran center in Paul Stastny. Or younger, talented types of wingers like Sonny Milano, Danton Heinen or Evan Rodrigues, the latter of whom the Leafs have shown interest in the past.

Most of these players come with question marks. And few will be able to play wing and center on as many different lines, and on both special teams, as Kerfoot did.

But it’s clear by looking at the Leafs cap situation that something has to give now. Whether their next move is this week or closer to training camp, it happens.

The question for Dubas is how bold does he want to be in making another impact decision? Are you subtracting an extra part or someone who was closer to being part of the core in recent years? And do you roll the dice on another free agent bargain buy as the market stabilizes and you can find more gains?

Either way, it will mean more changes. Suddenly, what seemed like a fairly stable offseason could instead involve the roster getting an eighth new face joining the roster.

Or maybe even more.

Trying to get your first mortgage? Here are 10 pro tips to impress your bank