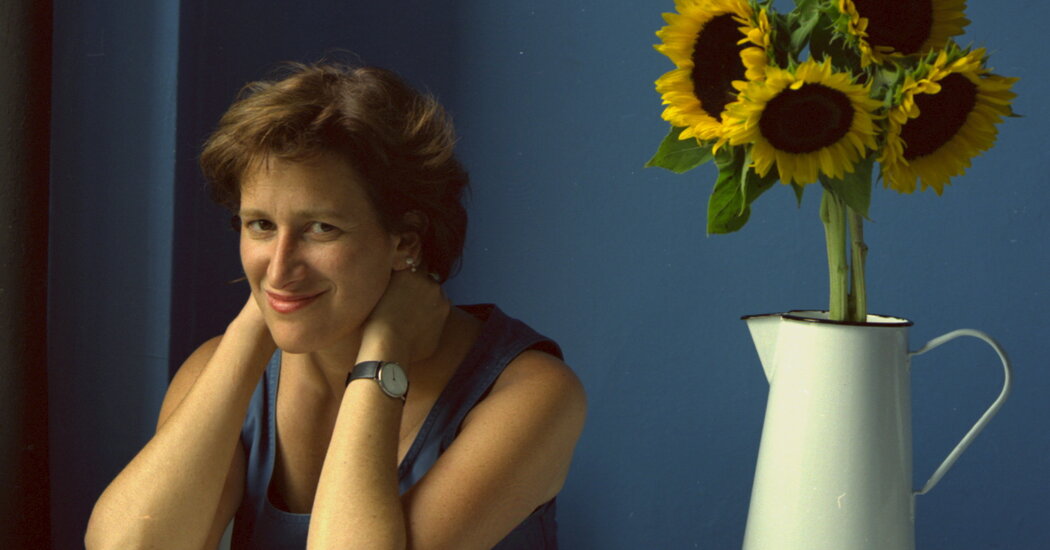 Melissa Bank, a witty and acerbic writer whose first book, ‘The Girls’ Guide to Hunting and Fishing,’ became a global publishing phenomenon in 1999, died Tuesday at her home in East Hampton, NY . She was 61 years old.

Her sister, Margery Bank, said the cause was lung cancer.

Ms. Bank’s success didn’t exactly happen overnight. She spent 12 years writing the book, a collection of stories, in part because a bicycle accident had temporarily left her unable to write. A day job as a copywriter for a major advertising agency also kept her busy.

But after the title story was published in 1998 in Zoetrope: All Story, a literary magazine launched by director Francis Ford Coppola, Ms. Bank was suddenly America’s hottest unpublished writer. She soon got an agent and a bidding war began, which Viking Press won, over eight other publishers, by posting an advance of $275,000 (equivalent to about $475,000 today) – a rare sum for a novice fiction writer and practically unheard of. for a first collection of short stories.

The accumulation was justified: “The Girls’ Guide to Hunting and Fishing” almost immediately made the New York Times bestseller list, where it remained for months. Mr. Coppola chose him for a film. It has been translated into dozens of languages ​​and has sold over 1.5 million copies.

The seven linked stories in “The Girls’ Guide” revolve around a girl named Jane Rosenal and her coming of age spanning two decades, from age 14 to her mid-thirties, during which she navigates between sex, death, money and friends. Jane is vivacious, independent and funny biting – much like Mrs. Bank herself.

In one story, after Jane tells her older lover, a publisher, that she has lost her job, he suggests she come work for him.

“I could blame you for that,” she said.

“Harassment at work in the sexual place.

Despite critics comparing its restrained, demanding language to that of a number of male writers, including Hemingway and Salinger—the Los Angeles Times called it “like John Cheever, only funnier”—his book was quickly incorporated into the growing herd of female-centric fiction derisively labeled “chick lit”.

Considering the moment, in the go-girl of the late 1990s, maybe it was unavoidable. “Ally McBeal” was a hit for Fox. “Sex and the City” debuted on HBO in 1998, the same year Helen Fielding’s novel “Bridget Jones’ Diary” was published.

Critics and fans eagerly linked Ms. Bank’s book with Ms. Fielding’s; the two even appeared together on a panel at the 92nd Street Y in Manhattan titled “What Single Women Want.”

“Fielding’s novel was a satirical stunt, a joke,” Rebecca Mead wrote in The New Yorker in 1999. “Bank is a much more subtle work, one that achieves even more than it aims.”

Ms Bank followed ‘The Girls’ Guide to Hunting and Fishing’ with a set of similar stories, ‘The Wonder Spot’, in 2005. It did not sell as well as ‘The Girls’ Guide’, but many critics considered it a much better book.

Melissa Susan Bank was born on October 11, 1960 in Boston and grew up in Elkins Park, Pennsylvania, a suburb of Philadelphia. Her father, Arnold Bank, was a neurologist and her mother, Joan (Levine) Bank, was a teacher.

Besides her sister, she is survived by her brother, Andrew Bank, and her longtime partner, Todd Dimston.

Ms. Bank attended Hobart and William Smith Colleges in Geneva, NY, where she graduated with a degree in American Studies in 1982. She received an MFA from Cornell in 1987.

She began writing what became “The Girls’ Guide” shortly after leaving Cornell. She wrote in the evenings, turning down promotions at work to save her time and creative energy. It showed great promise early on, winning the Nelson Algren Literary Award short story competition in 1993.

But his work was slowed when a car hit his bike in 1994, sending him flying forward. She lands on her head with enough force to snap her helmet in half. The aftermath of a concussion left her struggling with her words, both spoken and written, for around two years.

She managed to publish a few stories and quickly caught the attention of Adrienne Brodeur, the editor of Zoetrope. Mr. Coppola had asked Ms. Brodeur to commission a story playing on the success of “The Rules: Time-Tested Secrets for Capturing the Heart of Mr. Right,” by Ellen Fein and Sherrie Schneider, a popular self-help book published in 1995.

The resulting Mrs. Bank story, in which her character Jane follows and then dismisses a thinly veiled version of “The Rules”, raised the profiles of young Zoetrope and author. Publishers and agents started calling, and she rushed to put together a manuscript.

“I just remember sitting down to read Melissa’s manuscript the same way I sat down to read all of my submissions,” Carole DeSanti, the editor who acquired the book for Viking, said during an interview. ‘a telephone interview. “And me, at that moment, I remember where I was sitting. The chair I was sitting in in my apartment at the time, and the fact that I didn’t get up because I just felt like I was in the presence of a voice doing something so different and so striking and had done it with so much care.”

Two of the stories from the book were adapted into the 2007 film “Suburban Girl,” starring Sarah Michelle Gellar and Alec Baldwin.

Although explicitly a work of fiction, Ms Bank admitted that ‘The Girls’ Guide’ was inspired by aspects of her own life: like Jane, she grew up with an extremely perfect family and their two fathers died prematurely of leukaemia. Such was the book’s fame that gossip columnists quickly had fun trying to track down the real people behind its characters.

She continued to write after publishing “The Wonder Spot”. She had a contract to produce another book for Viking, which she was working on until shortly before her death.