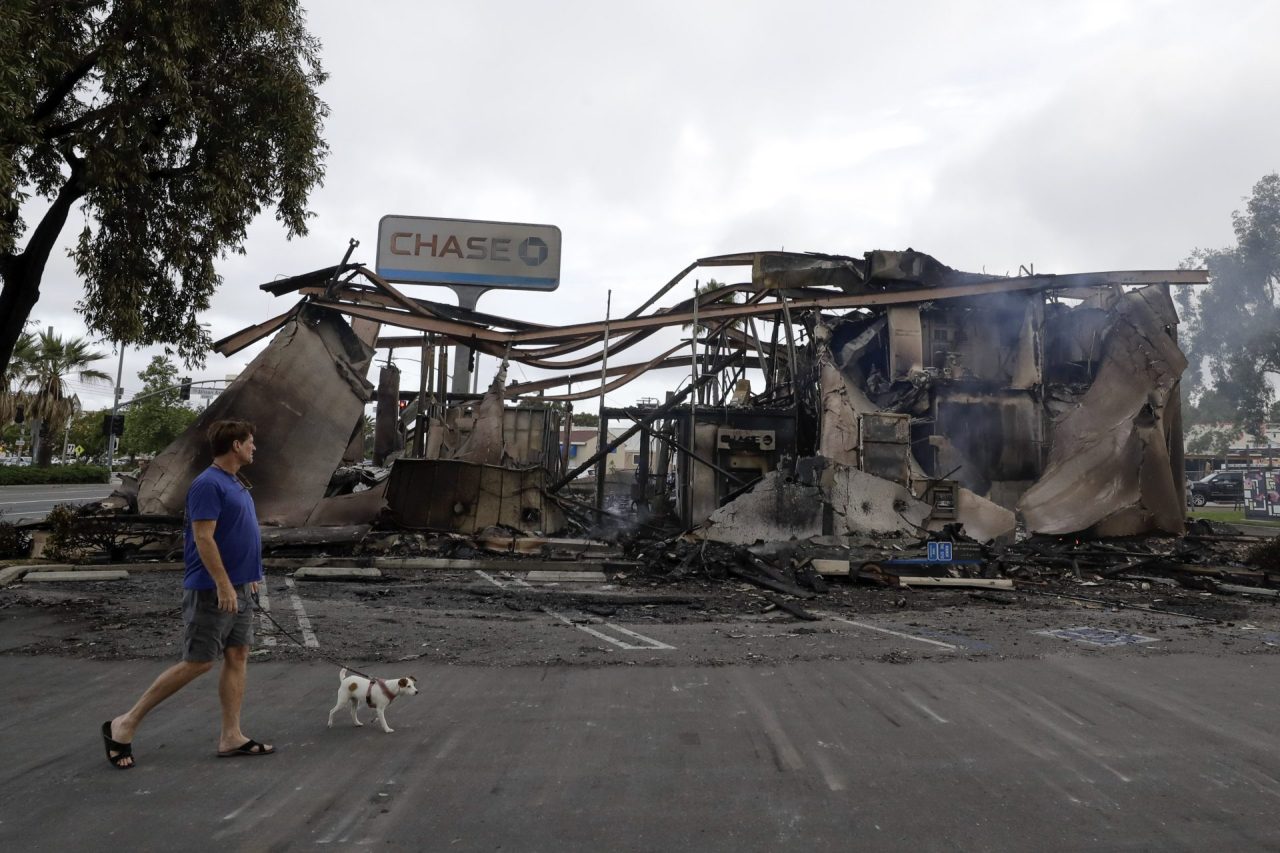 EL CAJON, Calif. (CNS) – One of two men accused of setting a Chase bank on fire in La Mesa following last year’s controversial protest outside the city’s police headquarters received a probation Tuesday and ordered to stay away from several La Mesa businesses linked to the post-protest looting.

Ricky Bernard Cooper, 34, pleaded guilty last month to arson and burglary charges for the May 30, 2020 fire inside the Chase Bank branch at 4791 Spring St., as well as for looting stores at La Mesa Springs shopping center.

Co-accused Alexander King, 20, still faces arson and burglary charges and is due back in court in December.

During Cooper’s arraignment, Assistant District Attorney David Vallero alleged that the defendant was one of several people who broke into the businesses in the mall and took items on the night of May 30. 2020.

The prosecutor said Cooper also admitted to burning papers inside the bank, although the accused claimed they “didn’t catch”. Vallero alleged that several people started fires inside the bank, which burned to the ground.

At Cooper’s sentencing hearing, the prosecutor said part of what helped police identify Cooper was video he recorded of himself during the protest and posted more late on Facebook.

In addition to probation and credit for time already spent in custody, San Diego Superior Court Judge Steven Stone ordered Cooper to stay 100 yards from the site of the old bank and three businesses in the La Mesa Springs Shopping Center – Sally’s Beauty Supply, Play It Again Sports, and Vons.

The protests that took place at La Mesa on May 29 and 30 of last year were sparked by the death in Memorial Day custody of George Floyd in Minneapolis and the arrest of another black man, Amaurie Johnson, in La Mesa a few days before the protest.

Vaccinated more than 6 months ago? Where to get COVID Boosters in San Diego County

Johnson’s arrest by Officer Matthew Dages of the La Mesa Police Department has been caught on camera and has proliferated on social media, prompting a backlash against the police department and federal lawsuits filed by Johnson against the city . Dages has since been charged with one count of filing a false police report for allegedly lying based on his contact with Johnson and is expected to stand trial this week.

The May 30 protest began with protesters marching on Interstate 8 in the afternoon, before the group surrendered to the La Mesa police station. Although the protest began peacefully, the confrontation erupted at nightfall, with some protesters throwing objects and officers firing bean bullets and tear gas to disperse the crowd.

Chase Bank was burnt down, along with another bank and the Randall Lamb and Associates building on Palm Avenue.