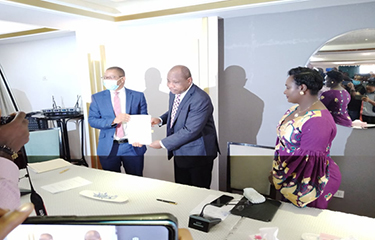 The approval by the Liberian House of Representatives and Senate comes weeks after IDA and Liberia announced the funding, which includes a grant of $ 20 million (â‚¬ 17.7 million) and $ 20 million. dollars (17.7 million euros) of credit. The approval paves the way for the creation of an industrial and artisanal landing site at Mesurado Pier in Monrovia, and other artisanal landing sites in Margibi, Maryland, Grand Bassa, Sinoe and Grand Kru counties, according to a statement from the World Bank. .

“This project will also support the development of aquaculture and strengthen the management and governance of the fisheries sector in Liberia, developing human and institutional capacities and improving policies, strategies, institutional and legal frameworks,” he said. said the World Bank.

World Bank Country Director in Liberia Khwima Nthara said the West African country’s fishing sector has “enormous potential and the project is expected to have a transformational impact on livelihoods. , but also in a sustainable way “.

The components of LSMFP include the development and rehabilitation of the Klay Hatchery in Bomi County “as a model fish hatchery and suitable aquaculture research center equipped with a standard laboratory to conduct research on l ‘fish feed, fingerling production, water quality testing and fish diseases.

The project also includes the establishment of a farmer field school and a model farmer program that will facilitate knowledge sharing between farmers and extension technicians.

“In all of these expected outcomes, the focus will be on building a community of climate resilience and ensuring sustainability – ecological, economic and social,” said Abissa.

Photo provided by the Liberia Fisheries and Aquaculture Authority