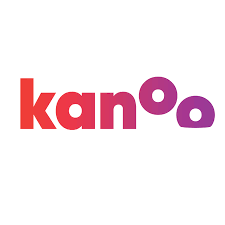 NASSAU, BAHAMAS – Bahamas digital payment solution provider Kanoo clarified yesterday that it had not opened a bank account for the Department of Tourism, as noted in the Auditor General’s report on the Bahamas visa program. health for Bahamas travellers.

“The monthly merchant account subscription cost with Kanoo is $69, which was our standard published rate for a Platinum subscriber on the Kanoo platform,” the company said.

He continues: “Kanoo has not opened a bank account for the Ministry of Tourism. We are authorized to offer “digital currency” accounts as an authorized payment service provider (PSP) under the Payments Act 2012 and the Payment Instruments (Supervision) Regulations 2017.

“As a PSP, Kanoo is mandated by law and the Central Bank of the Bahamas to have an interest-free bank account with a licensed commercial bank in the Bahamas for settlement purposes. All withdrawals from a client’s Kanoo account are customer driven.Similar to online banking, our customers have password protected access to their digital currency accounts.

The Auditor General’s report revealed that the program contracts had not been executed in accordance with the country’s financial regulations. The report tabled in parliament on Wednesday notes that just over $34 million in gross revenue was raised through the health visa program, which was launched in November 2020.

The report stated: “We have noted that the contracts for the BTHV program have not been executed in accordance with the Financial Regulations 1975, Article 21 (58), which stipulated that “all awards of contracts for supplies, works and services required by the government in excess of $250,000 shall be made by the Cabinet”.

Program services initially began with only a verbal agreement, with contractual agreements executed weeks or months later, according to the report. The Auditor General’s report noted that while the Ministry of Tourism eventually submitted fully executed contracts with the companies involved, no contract was officially executed with Kanoo.

According to the Ministry of Tourism, the company was recruited due to the urgent need to provide an electronic payment solution for the travel health visa.

The report said, “The opening of the bank account with Kanoo at the Bank of the Bahama is in violation of the Financial Administration and Auditing Act, Section 24, which states ‘that no person shall open an account relating to public funds with a bank. without the written approval of the Minister and no bank shall authorize an overdraft on such an account unless such overdraft has been authorized in writing by the Minister”.

While the Auditor General claimed that only the Minister of Finance has the authority to open a bank account on behalf of the government, the Ministry of Tourism maintained that Kanoo had received written permission from the ministry’s management to open the account. banking on his behalf. .

The department also said it “has always maintained accounts to which receipts have been paid and from which disbursements have been made using its long-established system of internal controls for payment to vendors.”

Eagles observations: Why the Eagles need to bring back free agent Rodney McLeod