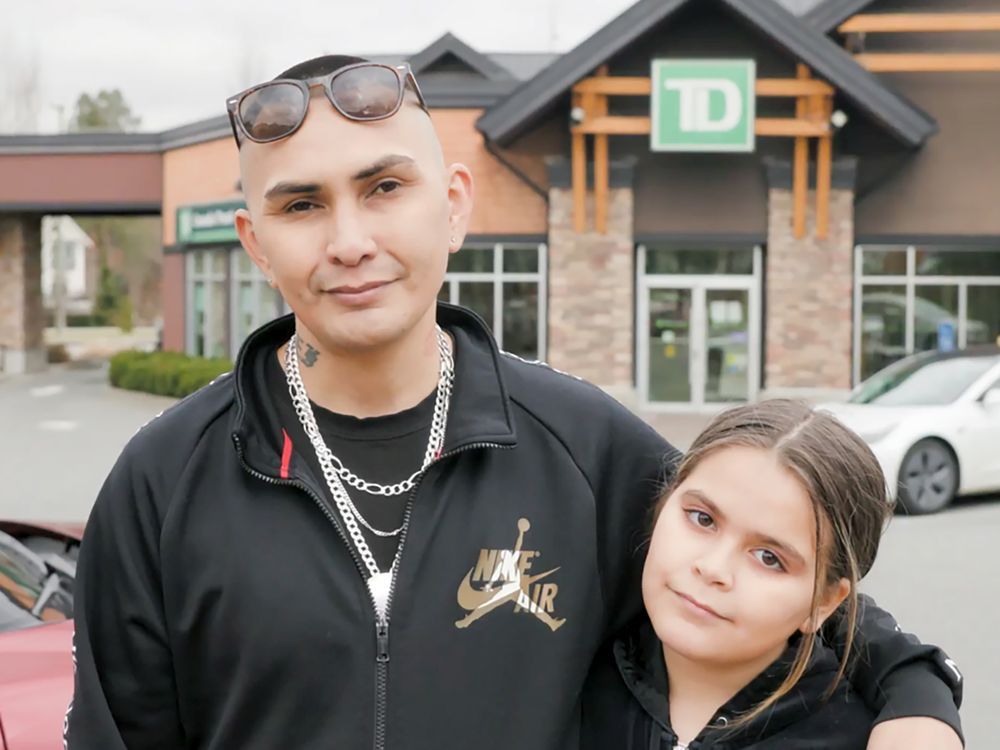 Indigenous Muslim says he was denied a bank account

Sharif Bhamji felt empty, worthless, he said, after a branch of TD Bank in Surrey refused his application to open a bank account.

He was turned down because he is both South Asian and indigenous, as well as Muslim, Bhamji said on Tuesday. The Clayton Heights bank branch told him that his federal government status card must be a fake, he said.

“It made me feel like I wasn’t equal,” the single dad from Surrey said.

The incident took place in May 2021 and for a long time Bhamji did not come forward, but his the case is now filed with the Canadian Human Rights Commission.

In an email response on Tuesday, TD Bank said Bhamji’s experience was troubling and issued a public apology and recognition for “the harm that has been caused.”

The bank, a spokesperson said, will cooperate fully with the human rights process and will contact Bhamji with a personal apology.

TD “takes this matter very seriously and will conduct a full review of what happened. We recognize the reality of systemic racism and the courage it takes to speak out.

Bhamji said he appreciates the validation an apology entails.

“I would accept an apology that shows they acknowledge their wrongdoing, as long as it (leads to) change,” Bhamji said. “It can’t be dry excuses, it should come with some kind of change in the system so that it doesn’t happen again in the future for other people.”

We apologize, but this video failed to load.

Bhamji’s mother was born in Bella Bella and his father is Indian: he is also proud of his Heiltsuk ancestry as it is to be South Asian.

What is doubly discouraging for the Heiltsuk Nation is that it was the second time in six months that one of its members was treated like this: in December 2019, Maxwell Johnson was with his granddaughter Tori, trying to open an account at the Bank of Montreal for the 14-year-old and, like Bhamji, his status card was questioned.

Johnson was handcuffed by Vancouver police outside the bank, before being released after police confirmed no crime had been committed.

Bhamji avoided this indignity, but Surrey RCMP attended his home because he had crumpled up the rejection note given to him at the bank and thrown it in the direction of the teller.

The officer, also South Asian, was sympathetic, Bhamji said. No charges were laid, no crime having been committed.

“We were shocked that this happened again,” said Heiltsuk’s chief adviser Marilyn Slette noted. “We really don’t think the systemic racism experienced by Sharif will end until institutions like TD recognize systemic racial bias in banking and start listening to Indigenous voices.”

A status card is considered a primary piece of identification in Canada, just like a driver’s license or passport.

“It’s disheartening that this is happening and it once again opens our eyes to the need for banks to ensure their employees are properly trained with cultural awareness and sensitivity,” Slett said. “There’s definitely a lot of unboxing to do there.”

“It’s normal for me. I even take my daughter with me to banks and other places so I don’t have to deal with so much bullshit, so these people don’t treat me as horribly as they do. But even with my daughter, sometimes I still get the same treatment.

What does Bhamji tell his nine-year-old daughter when this happens?

“What I tell my daughter is that sometimes people can’t be nice and we have to learn to do the opposite of what they’re doing,” he said. “I try to teach her to have as much respect for herself and others as possible.”

Sign up to receive daily news from the Vancouver Sun, a division of Postmedia Network Inc.

Thank you for your registration!

A welcome email is on the way. If you don’t see it, please check your spam folder.

The next issue of Vancouver Sun Headline News will soon be in your inbox.

We encountered a problem during your registration. Try Again