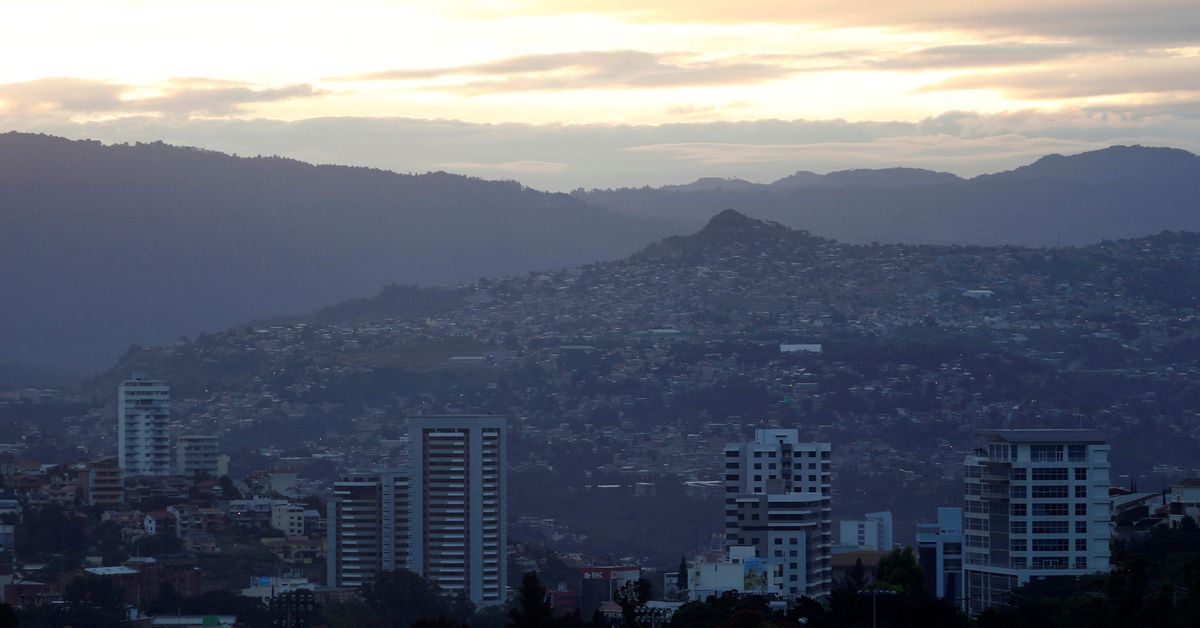 A view of Tegucigalpa, Honduras, November 25, 2017 ahead of the November 26 presidential election. REUTERS/Edgard Garrido

TEGUCIGALPA, April 28 (Reuters) – Honduras has applied to become a member of CAF-Latin American Development Bank, the organization reported on Thursday, as the administration of leftist President Xiomara Castro seeks funding to ease the serious budgetary imbalances left by his predecessor.

Castro, who took office in January, must tackle a public debt of nearly $15.7 billion, or 59.3% of Honduras’ gross domestic product (GDP).

More than 30% of the national budget must be used to repay the debt, according to officials from the Ministry of Finance.

“The government of Honduras officially expresses its interest in becoming a member of CAF, with the aim of having various tools and financial instruments,” the government wrote in a letter addressed to and published by the development bank.

The letter mentions Castro’s desire for Honduras to join CAF ‘as soon as possible’.

Earlier this year, the Honduran Congress authorized the government to contract some $2 billion in domestic and foreign debt to deal with public finance imbalances over the next two years.

CAF, based in Caracas and created in 1970, is made up of 20 countries, 18 from Latin America and the Caribbean as well as Spain and Portugal, and 13 private banks from the region.