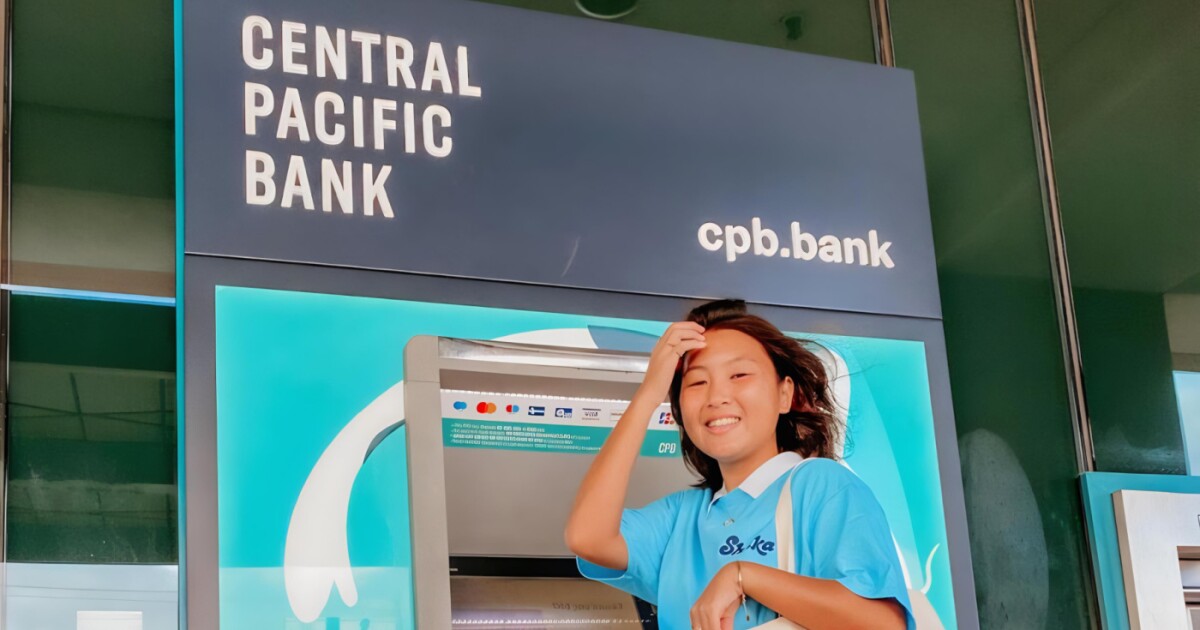 These Hawaiian celebrities were recruited by Central Pacific in Honolulu, a subsidiary of Central Pacific Financial Corp., to promote the all-digital checking account that debuted in November 2021. (“Shaka” refers to the hand gesture current in Hawaii which means “hang loose” or “right on”.) Central Pacific, with $7.4 billion in assets, whose physical presence is limited to the Hawaiian Islands, developed the online account with the same team that incubated a separate product, a challenger bank called Swell which is now an independent company.

The no-fee Shaka account, which the creators say is the first digital checking account in Hawaii, offers early access to salaries and a $20 ATM fee refund each month. It is accessible through the Central Pacific Bank website or app, and was designed to attract young local customers to the bank, but also to play on the lush islands appeal, which is particularly strong among tourists. Japanese.

“There’s this fascination with Hawaii,” said Paul Yonamine, executive chairman of Central Pacific. “We thought, why don’t we better capitalize on these markets for the future growth of our bank?”

The early success of the Shaka account demonstrates how positioning a bank account as a breezy lifestyle brand, filled with social media support from local influencers, can attract new leads. Since its debut in November, Shaka has amassed 3,700 Hawaiian users, more than 60% of whom are new bank customers. By comparison, Central Pacific opens about 1,000 total checking accounts each year.

A research note from Piper Sandler was optimistic. Based on the fourth quarter data, analysts wrote that fully digital Shaka accounts would continue to be a tailwind, noting that more than 50% of customers were new to the bank.

The development of Shaka and Swell was part of a larger realization that in order to grow, Central Pacific must attract a wider audience, both at home and beyond. When Yonamine joined the institution three years ago, the average age of bank customers was in their late 50s.

Swell, the challenger bank in which Central Pacific is now a minority investor, is expected to reach customers in the continental United States and mark the start of banking as a service from Central Pacific. Shaka will also later open in the wider United States.

But another unusual element of the strategy is to attract Japanese tourists, the state’s largest source of international visitors and a segment it will target as part of its tourism revival efforts in 2022. Many Japanese tourists are regular visitors to Hawaii, so Yonamine explains that they will welcome an online account with a debit card that eliminates the need to rack up exchange fees or carry lots of cash. Already, the majority of the bank’s nonresident foreign portfolio resides primarily in Japan.

Social media influencers are another part of the strategy.

“We know our Hawaiian consumers have an affinity for working with local businesses, so we wanted to find influencers with a network here,” said Kimberly Haruki, brand and communications manager at Central Pacific.

The bank outfitted 50 well-known Hawaiians with general talking points and brightly colored T-shirts, tote bags and debit cards emblazoned with the curly Shaka logo. For example, Corina Quach, a food blogger under the handle @fiveftfoodie, promoted Shaka in an article while touting the importance of supporting local businesses. Others highlighted the ease of banking on the go or the convenience of ATM fee refunds while travelling.

“The idea of ​​positioning a financial product as a lifestyle brand was central to our strategy,” Haruki said. Some of the Central Pacific recruits, like former sumo wrestler Konishiki Yasokichi, connect Hawaii and Japan with name recognition in both regions. When pandemic conditions permit, Central Pacific will also host events for its Shaka customers, such as the opportunity to meet one of its brand ambassadors.

Going forward, accounts will be offered to former Hawaiian residents who live on the mainland and, eventually, to those who enjoy visiting Hawaii. A Shaka account for small businesses is in the works, as is a Shaka loan.

“The [lack of] The ATM fees, the two-day payday advance – all those things are wonderful,” Yonamine said. “But at the end of the day, people become loyal to brands. That’s our goal right now.

Exclusive: ECB places Russians in EU, even residents, under scanner