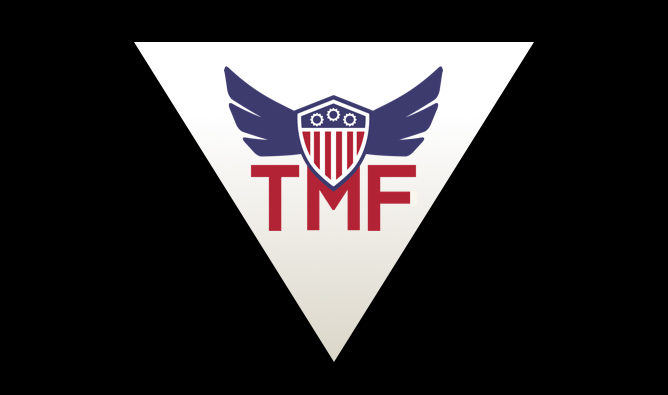 When it comes to Government Accountability Office reports, the vast majority of time agencies agree. Disagreeing with auditors is simply not worth it, most federal managers would agree.

But when there are instances where pushing back aggressively is almost obligatory, well, looking sideways — as most of us do — is a fascinating experience.

This is the case of the recent GAO report on the implementation of the Technology Modernization Fund (TMF).

The Office of Management and Budget and the General Services Administration not only challenged the GAO’s findings, but sought to completely discredit the report.

In one instance, OMB Deputy Director of Management Margaret Weichert said in a letter responding to the draft report that the GAO’s facts, assumptions and recommendations are misleading at best and paint an incomplete picture of the TMF.

GSA Administrator Emily Murphy, a former congressional staffer, used a lighter touch in her response letter, but still used words like “short-sighted” on the GAO’s findings and expressed “concerns” about the conclusions of the auditors.

While the strength of the answer is likely due to the OMB and GSA really disagreeing with the results and methodology, there is a specific part of the answer because of how the Senate , in particular, has not supported the TMF for the past two years.

In fiscal year 2019, the administration requested $210 million. The House approved $150 million in its initial allocation and the Senate canceled the fund entirely. In the end, the TMF board had $25 million to lend.

In 2020, the White House requested $150 million and so far the House has approved $35 million and the Senate, once again, has canceled the funding.

So a negative GAO report may not bode well as lawmakers wrap up the 2020 spending bills this week. The final version of this year’s spending bill includes $25 million for TMF.

“OMB will continue to leverage the TMF to guide Congressional administrative and IT modernization priorities,” Weichert wrote in response to the GAO report. “We encourage Congress to provide the necessary funds to the TMF so that the OMB and GSA can more effectively manage legitimate operational issues caused by the underfunding of the TMF, and most importantly, to ensure that the TMF remains a key lever for drive transformational change in citizens. delivery of services that taxpayers deserve.

The OMB also told the GAO that some of the TMF’s challenges were due to Congress not approving the $438 million requested by the administration in fiscal years 2018 and 2019.

GSA’s Murphy advocated for Congress to fund the program.

She wrote, “The TMF is operating as intended by Congress – agencies use TMF-awarded funds for critical modernization projects that will improve mission performance and the high quality of citizen-facing applications.”

The need to make their case both through their likely coordinated response to the GAO and in public is clear, as the TMF auditor’s assessment was not pretty.

In highlights of the report, the GAO says the GSA spends $1.2 million to oversee and manage the fund, but the fees charged to the agencies receiving the loans total about 3% or $33,000, leaving the management office of the program in the red. The GAO indicates that the GSA will not cover its administrative costs for the TMF until 2025 based on the current rate of fees collected.

But that’s more than concerns about the GSA’s ability to pay for the program’s management office, if you dig deeper into the report — which is doubtful if lawmakers and their staff actually do — you’ll see that four of the projects are delaying the Council’s request for funds. The Department of Agriculture’s Farmers.gov portal will not request the last $6 million of its $10 million loan until 2020. The USDA is also only requesting $500,000 in total of the $4.5 million dollars granted by the council for its infrastructure optimization project.

The energy and housing and urban development departments are also delaying their loan repayments or are now asking for less overall.

This means that four of the nine projects are already facing scope changes. This seems to support the GAO’s claim that the agencies haven’t done a good enough job of estimating costs and savings.

“Based on our analysis of the cost estimates for the seven TMF-funded projects, the reported savings estimates that have been derived from these estimates cannot be considered reliable. The managers responsible for developing the cost estimates for each of the projects did not incorporate all of the best practices for reliable cost estimating as defined in GAO guidelines and OMB Circular A-11,” says the GAO.

The whole premise of the TMF is that it is a revolving fund where agencies repay loans so others can apply for money in the future.

Guidance on cost estimation is under discussion

This is also an area where the GSA and OMB have pushed back against the GAO’s findings.

Weichert said agencies don’t necessarily have to follow the GAO’s cost estimate guide, but instead must follow the requirements outlined in Circular A-11.

Weichert said in his letter that regarding the requirement to follow GAO’s cost estimate guide, “we have advised GAO at every available opportunity that this is simply not true.”

Similar to what the OMB said with the Antideficiency Act, the GAO can make suggestions, but that’s all they are due to the constitutional doctrine of separation of powers between different branches of government.

The other data that emerges from the report concerns when the nine projects will begin repaying their loans. Under TMF rules, agencies have five years to use cost savings to repay the fund.

According to the GAO, Energy’s move to cloud-based email will take five years – three years longer than originally planned – to repay the money, while USDA infrastructure optimization and NewPay projects of the GSA do not know when they will be able to repay the fund.

The disagreement in the report goes beyond processes. GAO and OMB squabble over information sharing, meetings, and overall review methodology.

“First, in meetings with staff in OMB’s Office of e-Government and Information Technology, we obtained input from staff in all of the areas mentioned by OMB in its letter. In our report, we discuss OMB’s role in administering the fund and TMF’s proposal approval process, as well as OMB’s advice in these areas,” the auditors say. “Furthermore, we made ourselves available to dialogue with OMB throughout the audit. For example, we arranged a meeting with the Federal CIO and his staff to discuss the administration of the TMF and present our preliminary observations, but the meeting was canceled by the Federal CIO office due to schedule constraints and did not has not been postponed.

The GAO also said the OMB disagreed with its characterization of the TMF’s repayment process and assumptions about the fund’s potential insolvency.

“Our report did not conclude that the fund was insolvent, or that the fund was about to be,” the GAO said. “Rather, our report discusses the factors affecting the collection of administrative fees and the impact of these ongoing challenges on the ability of the TMF Program Management Office to pursue a full cost recovery model and recover all costs by fiscal year 2029, as planned by the GSA. Additionally, we recognized the efforts of the Program Management Office to reduce its operating costs in fiscal year 2019 (to less than $1 million).

The OMB, on the other hand, said the GAO rejected many of its suggested changes to the Statement of Facts, which “we believe contributes to inaccurate conclusions about how TMF is administered.” .

The back and forth between the OMB and the GAO demonstrates a bigger problem plaguing this administration and the two before it, a lack of communication with legislators and their supervisors. The OMB wouldn’t have to worry about potentially damaging reports from the GAO if it spent more time on Capitol Hill talking about all the good the TMF does beyond just lending a few dollars.

Why am I moving on a bus with an 11 year old child, a dog and a cat