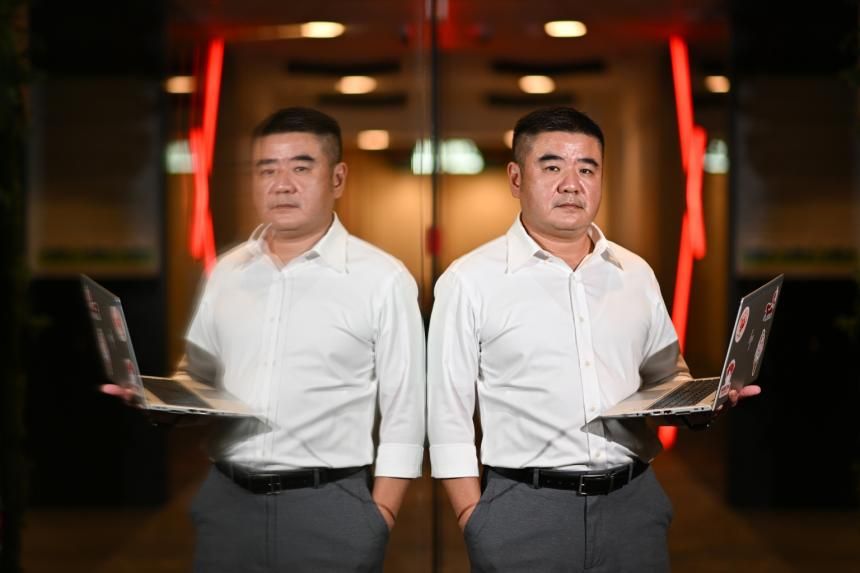 SINGAPORE: Alan Teng is no stranger to crime, having previously served as a police criminal investigator for 13 years.

Now DBS Bank anti-scam team leader Teng, 49, has recalled an early case when the team was formed in 2019. A woman in her 50s transferred all of her savings of 170,000 Singapore dollars (RM535,058) to scammers who posed as Chinese officials.

His bank account appeared suspicious because the oddly large transaction was linked to a foreign bank account that had been flagged for money laundering, Teng said.

After an hour-long phone call with the woman, Teng finally convinced her that she was being scammed. During the call, the woman had spoken on loudspeaker at the request of the scammers who manipulated her as they listened to the call.

Teng explained to her the typical tactics used by these scammers to deceive victims – that they would rush her into making a big deal and urge her to lie to the authorities.

The woman realized that she had been defrauded because these were the precise instructions given by the fraudsters.

Teng said the bank managed to freeze his account before the money was transferred to the crooks.

Among the first to urge the bank to launch a dedicated anti-scam unit, Teng said he remembered the incident clearly as it proved that scams can be stopped before money is lost.

The team’s mission is to detect and prevent scams by analyzing transactions and working with law enforcement to report suspicious accounts.

Police previously said the amount was about a third of the 103 million Singapore dollars (RM324.18 million) of fraudulent money recovered in 2021.

Teng said, “All crimes are bad, but especially when a person takes advantage of vulnerable people and robs them of everything they have.”

DBS is the only bank with an employee – Yaznisham Yazid, 29 – at the Police Anti-Scam Center (ASC) to work with officers to foil scams faster.

He will be joined by other DBS officers who will be permanently deployed to the center around June.

It is understood that other banks will follow later this year.

Yaznisham recalls saving a victim from losing S$220,000 (RM692,428) to scammers by freezing his account when it was reported by police last year.

Officers then drove to her home for investigations – all in one afternoon.

Yaznisham said, “It was done in half a day. Previously, it would have taken longer. Scams happen very quickly and there is no time to lose…

“With the rise in scams, having more people here at ASC would help us ensure that we stay on top of all accounts being quickly frozen and funds recovered.” – The Straits Times (Singapore)/Asia News Network

Yes Bank will transfer all bad loans to its arc by June, says CEO Prashant Kumar