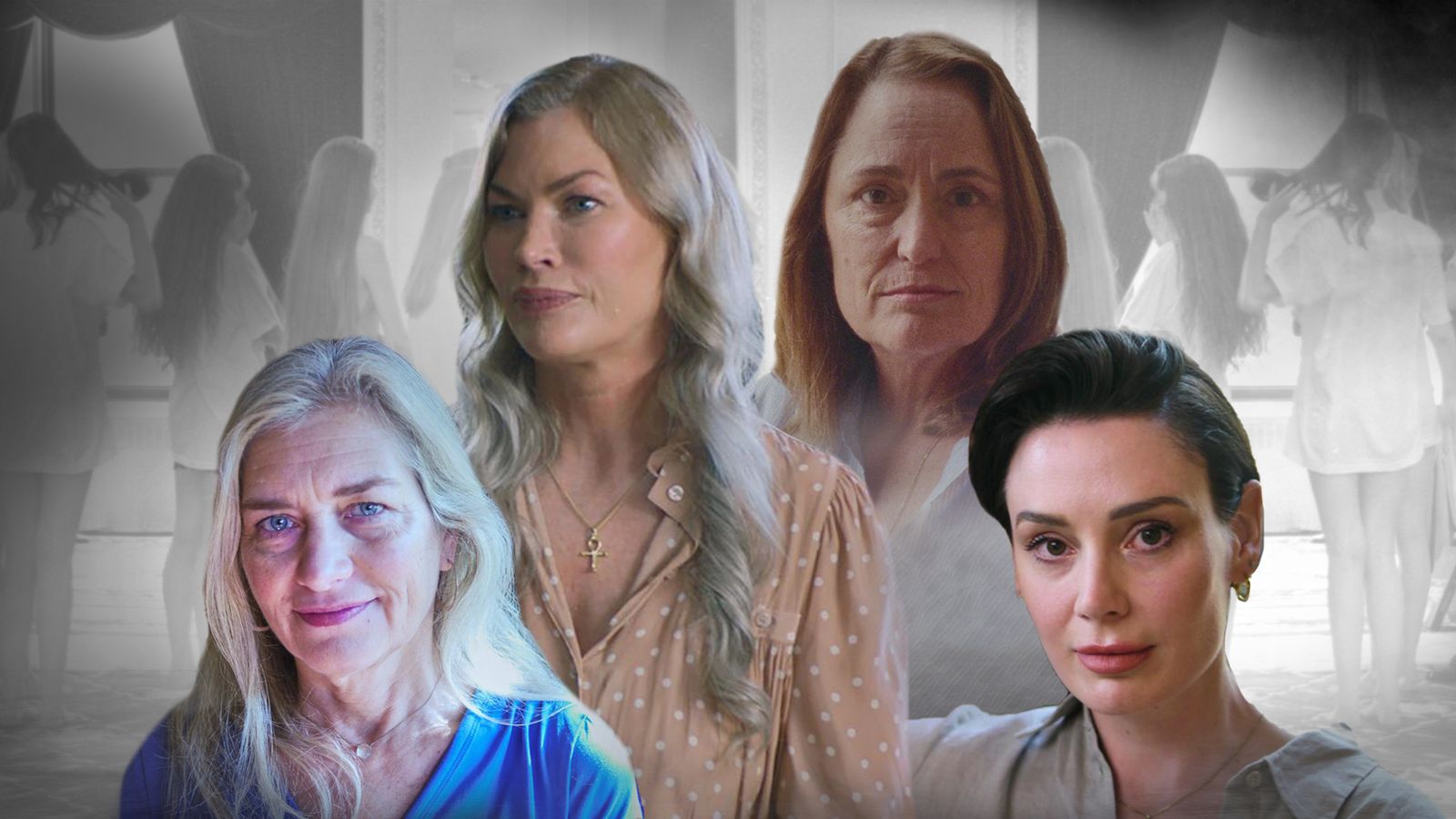 Model Carré Sutton was just 17 when she says she was repeatedly raped by one of the most powerful men in the industry.

Gerald Marie was married to Linda Evangelista – the famous model – but when his wife was out of town, Sutton says she was sexually assaulted by the French agent “sometimes several times a week” for several weeks in 1986.

“He basically forced himself on me and raped me,” Sutton said in a tearful interview for a new documentary.

“I remember being so devastated and terrified.”

Now 53, Sutton – who rose to fame as Carre Otis – told Sky News she would be ‘happy to go face to face’ in court with Marie, who vehemently denies all allegations of sexual abuse against him from several women.

There is no suggestion that Evangelista – who divorced Marie in 1993 – knew of the alleged abuse.

She released a statement in 2020 praising the “courage and strength” of her former partner’s accusers, saying, “Hearing them now, and based on my own experiences, I believe they are telling the truth.”

Sutton is one of at least 11 women who have reportedly filed testimony with a Paris prosecutor claiming they were sexually assaulted by Marie, the former European director of the Elite modeling agency.

France’s statute of limitations, however, means that allegations of sexual abuse must be reported within 20 years, or 30 years in the case of minors.

Sutton believes there have been other alleged victims of Marie over the past two decades and she wants them to come forward.

“The reason I came forward is because I have daughters. I don’t want them to have to normalize what I’ve normalized for so long.

“The fact that this is the only unregulated industry is outrageous.”

Sutton and three other women are sharing details of the sexual abuse they allegedly faced while working as models in a new documentary called Scouting For Girls: Fashion’s Darkest Secret.

Sutton – who was once married to actor Mickey Rourke – says people in the industry were “totally complicit” in the models’ abuse, particularly in Paris.

She says she was sent to castings with photographers who were “known authors”, where she was told to strip down to show them her body.

“It was totally normal,” she said.

“They would often go there late, late, late at night.

“It was really the vulnerable, and those who didn’t bank, who were the ones who fell prey.”

“Cared for and sold by our agents”

Jill Dodd says she was also raped by Marie after a night out in Paris in 1980 when she was a 20-year-old model.

She then had a relationship with Adnan Khashoggi, the late Saudi arms dealer who was once considered the richest man in the world.

She says she later found out that Khashoggi had paid Marie’s modeling agency, Paris Planning, up to $50,000 to be introduced to her.

Dodd told Sky News: “We were just young and exploited, groomed and sold by our agents.

“I know for me, I fought for years… ‘how could I be so stupid? How could I let this happen?’

“In reality, I had no chance against these powerful men who were 20 years older than me, plotting against me.”

“A mugger in the palm of our hands”

Brunel – like Epstein before him – was found dead in jail in February of this year after committing suicide.

He had been arrested in December 2020 as part of an investigation into allegations of rape, sexual assault and sexual harassment.

Marianne Shine says she was raped by Brunel while working as a model in Paris in the 1980s and tells Sky News learning of her death was “maddening”.

“Here we actually had a mugger in the palm of our hands,” she says.

“There were so many times I was ready to go to Paris to testify and then they postponed and postponed.”

Shine, who now works as a therapist, claims she was also sexually assaulted by late French modeling agent Claude Haddad, who kicked her out because she ‘wouldn’t play the game’ – and others behaved inappropriately towards her.

She says: “I remember one time I did a trial run with a photographer and he said ‘we have to sleep together or you won’t get your pictures’.

“I went to my agent and complained about it and they were just like ‘ah baby, come on’. Like it’s no big deal.”

Shine thinks there’s a common theme about the men responsible for the kind of abuse she and other models have experienced.

She says: “I have this theory that some men are very small, or there’s something small about them inside, that they feel their only power is to be abusive, intimidating or threatening. in one way or another.

“When it comes to the modeling industry, they manipulate us into dangling these possible modeling dreams and jobs in front of us and we believe them.

She adds, “They were master groomers and master manipulators. They were our authority figures.

“They held all the purse strings. They held everything.”

The documentary features interviews with a fourth woman – Shawna Lee – who was a 15-year-old Canadian schoolgirl when she entered the Look of the Year modeling competition in 1992.

In the weeks leading up to the competition – which Donald Trump had judged the previous year – Lee was sent to Paris by Elite where she says she was raped by Gerald Marie.

She says Marie learned she had confided in another model and berated her, suggesting her career would be on the line and telling her: ‘What else are you going to do? home and flip burgers?”

“Most models don’t have a voice”

Sutton has filed a lawsuit in New York against Marie and she says she is ready to take the case to court.

“I’m here to protect workers’ rights, I’m here for equality, I’m here to heal what happened to me and so many other survivors who were totally innocent.

“I’m here to see the industry change and I’m here to address statute of limitations reform.

“It hasn’t been a walk in the park. It’s been one of the toughest two years of my life.”

Sutton – who has two teenage daughters – still has concerns about the safety of the industry and says she would not allow her children to model.

Dodd thinks famous models are “much less vulnerable” to potential abuse, saying: “The big stars weren’t usually abused as much as the unknown girls who had no money and no one knew who they were.

“It was more discreet.

In a statement in the documentary, a lawyer for Gérald Marie said he “strongly opposes” the “false allegations made against him”.

“He remains calm and refuses to participate in the disingenuous and dishonest media controversy that was fomented more than 30 years later,” added the lawyer.

Before his death, Brunel denied any wrongdoing during his work in the industry and said he had never abused women.

Haddad, who died in 2009, previously said he had “never forced” the women he had “been with”.

Scouting For Girls: Fashion’s Darkest Secret will launch on Sky Documentaries and the NOW streaming service on Friday June 24.