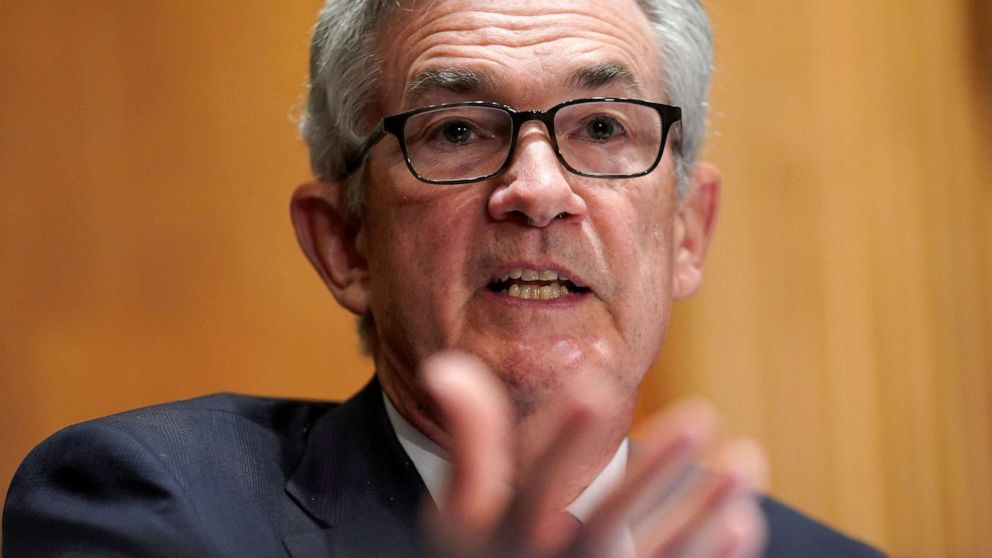 Federal Reserve officials on Wednesday said they intended to end pandemic-era monetary policies intended to support the economy more quickly as soaring inflation casts a new shadow on the recovery .

The US central bank has announced that it will accelerate the reduction in its bond buying program that has flooded financial markets with liquidity during the coronavirus-induced slowdown. Fed officials have voted to keep interest rates close to zero now, but have said they expect up to three interest rate hikes starting in 2022.

“The trajectory of the economy continues to depend on the evolution of the virus,” Fed officials said in a statement on Wednesday. “Advances in vaccinations and an easing of supply constraints are expected to support continued gains in economic activity and employment as well as a reduction in inflation. Risks to the economic outlook remain, particularly due to new variants of the virus. “

The policy change comes on the heels of the Federal Reserve’s last meeting of the year, which ended on Wednesday afternoon.

The committee decided at the meeting to “double the pace of reductions in its asset purchases,” Federal Reserve Chairman Jerome Powell said at a press conference after the meeting, noting that the program of the pandemic era could be completely stopped by March.

“Starting in mid-January, we will reduce the monthly pace of our net asset purchases by $ 20 billion for Treasury securities and $ 10 billion for agency mortgage-backed securities,” Powell said. “If the economy evolves broadly as expected, similar reductions in the pace of asset purchases will likely be appropriate each month, implying that increases in our holdings of securities will cease by mid-March, a few months earlier. than expected in early November. “

He added that they are phasing out purchases because, “with high inflationary pressures and a rapidly strengthening labor market, the economy no longer needs increasing amounts of political support.”

â€œThese problems have been bigger and longer lasting than expected, exacerbated by the waves of viruses,â€ Powell said. “While the drivers of the rise in inflation have mainly been linked to the upheavals caused by the pandemic, the price increases have now spread to a wider range of goods and services.”

Although Powell did not use the words “temporary” or “transient” to describe inflation levels – as he and the Fed have done before – he said inflation should continue to fall, at lower levels. levels closer to the longer-term target of 2%, by “the end of next year”.

â€œI think the Fed is showing that it takes this threat of higher inflation seriously, more seriously than it seemed before, but it still thinks inflation should come down next year,â€ said Megan Greene, Chief Global Economist on the Advisory Board. Kroll Institute and senior fellow at Harvard Kennedy School.

Greene said open questions about changing patterns of labor market participation and changing consumption patterns in the wake of the pandemic will ultimately have a big impact on how policymakers can respond to inflation.

“There are fewer people in the workforce now than there were before the pandemic, and there is a big question whether this is just the big structural change, or whether the people could still retire and find jobs, â€Greene told ABC News. “And we’ve never been through this before, so we just don’t know, but if the labor force participation rate is just lower now, then the job market is pretty tight and that makes for inflation. sustained a greater threat. “

Americans are also changing their spending habits, she said.

The pandemic has reversed this decades-long shift, but it’s unclear whether it’s structural or related to lingering concerns about the virus, according to Greene.

“All of the inflation is pretty much in goods, so there’s a question, is this just a change in our spending habits now? Paying more for these kinds of services?” Greene told ABC News.

She said that while the “jury is out” on how this trend will play out as the pandemic recedes, it is something the Fed will need to understand to better fight inflation.

While the Fed’s projections point to the possibility of up to three rate hikes in 2022, Greene suggests Americans are taking this with a “grain of salt” for now, saying data released Wednesday only indicates what each member of the Federal Open Market Committee thinks will happen “based on their own assumptions about inflation, growth and unemployment.”

Meanwhile, the Fed’s policy changes are coming as data shows inflation hit a 39-year high last month. The government’s Consumer Price Index, which measures the prices consumers pay for a basket of everyday goods and services, climbed 6.8% in the past 12 months, the largest increase in this guy since 1982.

The latest indicators that inflation is tightening its grip on the US economy have undermined the Fed’s initial plans to stimulate the economy throughout the pandemic.

Economists attributed the rapid rise in consumer prices in large part to the lingering supply-demand imbalances of the pandemic shock to the economy. Global supply chain problems and an apparent shortage of workers accepting low-wage jobs in the service sector have been linked to the supply’s inability to meet growing consumer demand for the then goods and services. as the pandemic fades in the United States. result, prices have increased at a rapid rate.

The risk of uncontrollable inflation, like what was seen in the United States in the 1970s, makes it more difficult for the Fed to continue with its accommodative monetary policy that was initiated during the pandemic – such as keeping interest rates low. and inject liquidity into the financial markets. While these policies can help stimulate consumer demand, economists have linked rising prices to issues that hamper the supply side of the equation, not the demand side.

“We understand that high inflation imposes significant hardship, especially on those least able to afford the higher costs of basic necessities like food, shelter and transportation,” said Powell. “We are determined to achieve our goal of price stability. We will use our tools both to support the economy and a strong labor market and to prevent higher inflation from taking hold.”

LOWES COMPANIES INC: conclusion of a major definitive agreement, creation of a direct financial obligation or obligation under an off-balance sheet arrangement of a holder, disclosure of FD settlement, financial statements and supporting documents (Form 8 -K)