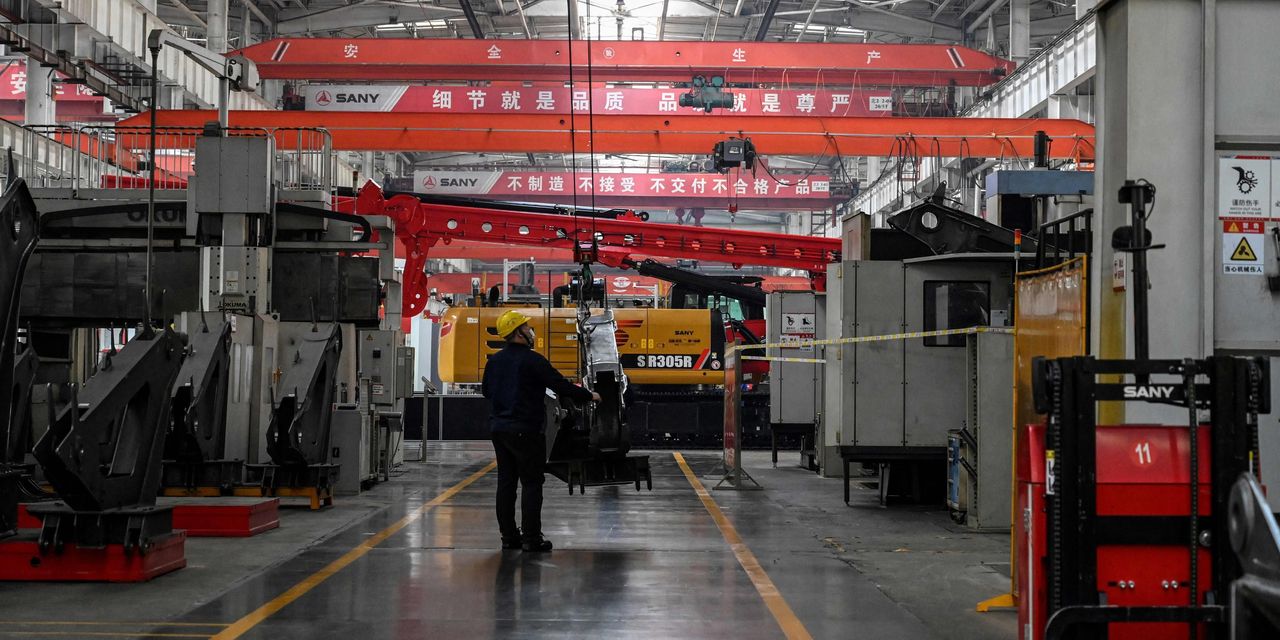 BEIJING – China’s manufacturing and service sectors showed unexpected signs of recovery to end the year, according to two official indicators released on Friday, as Beijing tried to stop a downward spiral sparked by a real estate crisis and coronavirus outbreaks.

China’s official purchasing managers’ index rose to 50.3 in December, from 50.1 in November, the National Bureau of Statistics reported on Friday. The result was better than the median of 50.0 expected by economists polled by the Wall Street Journal. It is also the second month in a row that the manufacturing PMI has remained above the 50 mark that separates expansion from contraction.

The statistics bureau attributed the recovery in manufacturing sentiment to lower commodity prices caused by government intervention to stabilize supply and prices, which in turn eased cost pressures for manufacturers.

However, a manufacturing sub-index weakened to 51.4 in December, below November’s figure of 52, with output in the textile, petroleum and coal industries each languishing below the 50 mark. , according to official data.

After rebounding from a previous electricity crisis that hit many industries in the fall, the lockdown of factories in the Yangtze River Delta earlier this month following a new round of coronavirus infections is expected affect China’s industrial production and exports at the end of the year, which are expected to come out in the coming weeks.

Even as output weakened, market demand for output from Chinese factories improved slightly in December, with a measure of domestic orders edging up. A sub-index that tracks total new orders rose to 49.7 in December, above 49.4 in November but still in contractionary territory. The sub-index measuring new export orders, however, weakened to 48.1 in December from 48.5 in the previous month, the eighth consecutive month that this indicator has contracted.

Beyond the factory, China’s service sector has seen a tentative recovery after the latest round of coronavirus control measures.

China’s official non-manufacturing PMI, which includes both services and construction activity, rose to 52.7 in December, from 52.3 the month before, the statistics bureau said separately on Friday. .

â€œImproving PMIs showed that market confidence is bolstered by recent easing and the commitment of key leaders to prioritize stability next year. But that doesn’t mean that major economic indicators will soon end their downward trajectory, â€said Tang Jianwei, an economist at the Bank of Communications.

China began to shift its political stance this month to strengthen support for the economy as signs of cooling in the world’s second-largest economy began to appear in the third quarter of the year.

As the economy has been hit by an electricity crisis that has slowed down the production of factories, waves of Covid-19 epidemics that have halted a recovery in consumption and a collapse in its real estate market, the Bank People’s Republic of China earlier this month cut its benchmark interest rate for the first time in nearly two years. The move followed a drop in the reserve requirement ratio of commercial banks, effectively freeing up a large amount of funds for loans.

Key leaders pledged this month to prioritize stable growth while setting economic priorities for next year. This language has prompted the market to anticipate more aggressive interest rate cuts and supportive measures in 2022, when leader Xi Jinping is expected to secure a third term in office and reshuffle other government posts.

But even these steps might not be enough to reverse the current downtrend, said Mr. Tang of Bank of Communications, who warns the economy will still face formidable headwinds next year. In particular, Mr. Tang is concerned that consumption and investment will continue to be dragged down by the continued collapse of the real estate sector, as well as the likelihood of an increase in Covid-19-related shocks and a slowdown in public spending.

â€”Grace Zhu contributed to this article.