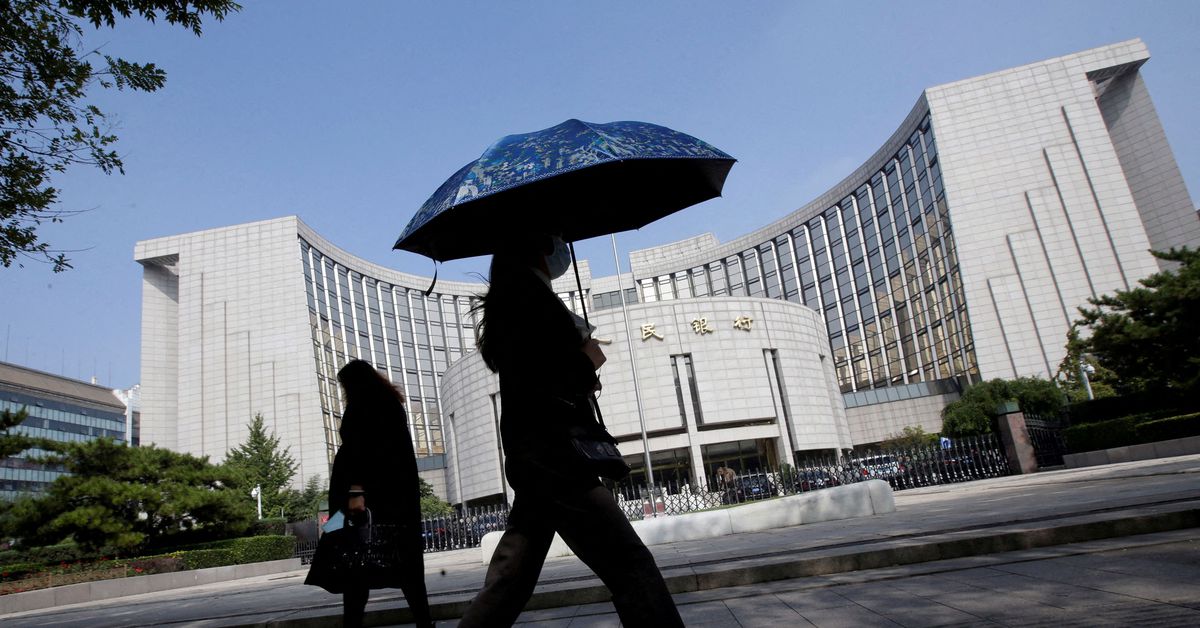 People walk past the headquarters of the People’s Bank of China (PBOC), the central bank, in Beijing, China September 28, 2018. REUTERS/Jason Lee

The People’s Bank of China completed the first phase of climate risk stress tests at 23 major banks last year, focusing on the possibility that the three sectors could be forced to pay for their carbon emissions, Liu wrote in the bank’s China Finance publication.

“Test results have shown that if companies in the thermal power, steel and cement sectors do not carry out a low-carbon transformation, their repayment capacity will decline to varying degrees in the ( different) stress scenarios,” he wrote.

Rising emission costs along with policies designed to facilitate “industrial substitution” would lead to the problem of stranded assets and other “transition risks”, he said.

Liu said more testing would be done to determine banks’ exposure to other high-emission industry sectors.

More than 2,000 coal-fired power plants participate in the program and compliance costs are likely to rise as more sectors – including cement and steel – are included.

The permit price for each ton of carbon is less than 60 yuan ($9.48), but analysts predict it could reach 200 yuan within a few years.

Although China is transitioning to cleaner energy, its financial institutions have continued to support fossil fuels, providing loans and underwriting services for the construction of new coal-fired power plants. Read more

He has pledged to end financial support for coal-fired power plants overseas, although it is unclear whether the ongoing projects will continue. Read more