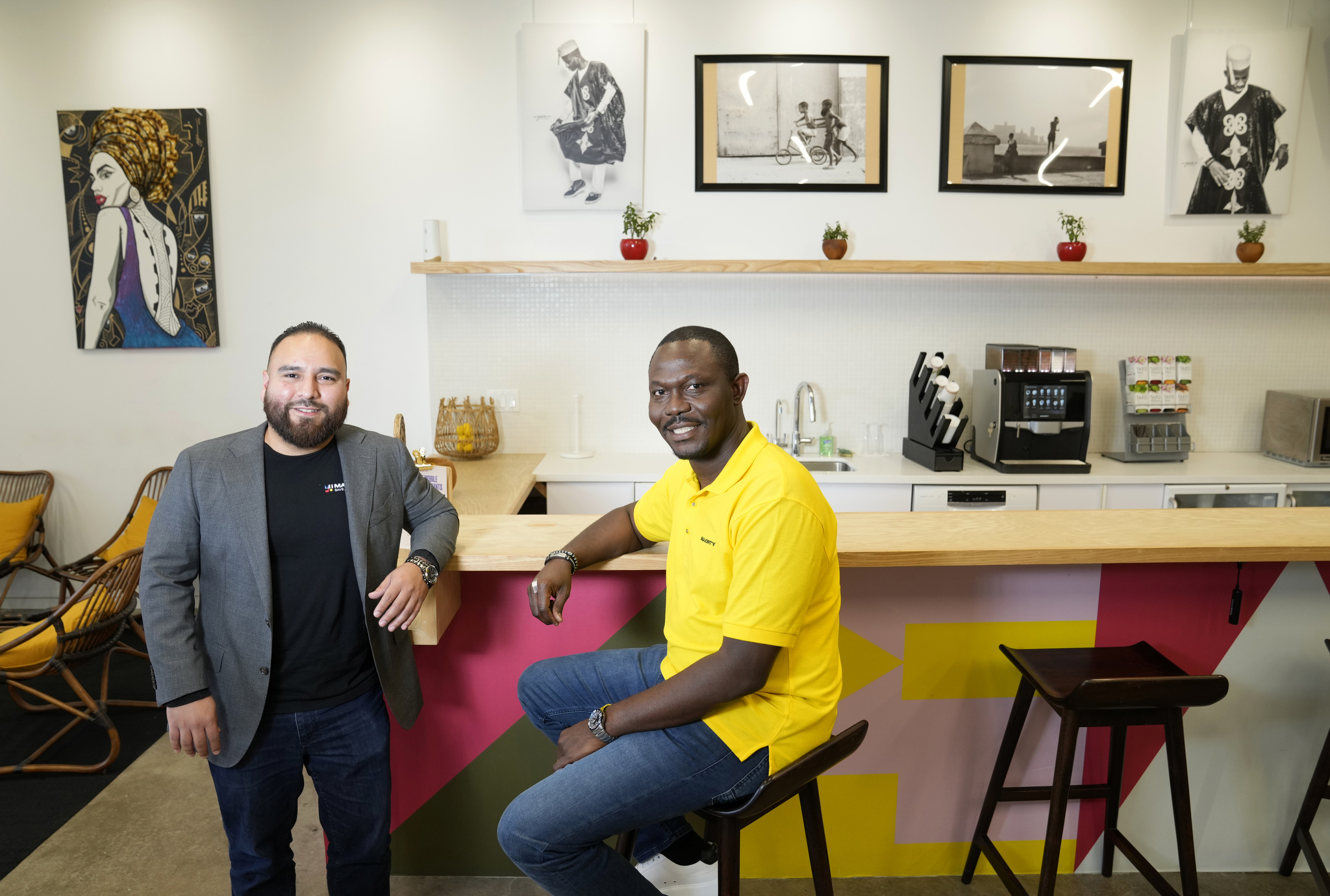 Femi Moito had a green card when he arrived in Houston from Nigeria in 2016, as well as professional training in financial technology or fintech – a booming sector in Nigeria, where entrepreneurs have taken advantage of a level high smartphone penetration to dramatically expand access to banking services.

Moito nonetheless spent his first four weeks after settling in Houston without access to a bank account, entangled in the whirlwind of bureaucracy that most migrants must navigate. For example, you usually need proof of income – like bank statements – to get a lease, for example. But you need a street address to get a bank account. It was, he recalls, four very long weeks.

“I can relate to the struggles, even as someone who entered legally,” says Moito, now head of African Diaspora sales for Majority, a migrant-focused mobile banking service. “You’re just in limbo.”

Majority was launched in 2019 with the aim of bringing mobile banking services to migrant communities that have long been overlooked by traditional banks. The company recently opened a second location in Houston, as well as three new locations in Florida.

RELATED: This Houston bank is run by women and is the first of its kind

Majority declined to disclose how many clients it has signed up, but recently closed a $37.5 million funding round, including $30 million from Valar Ventures, an investment firm headquartered in At New York. Majority has raised around $83.5 million so far.

“Our mission, as an immigrant company for immigrant people, has always been to provide migrant communities with the resources they need,” Majority co-founder and CEO Magnus Larsson said in a statement announcing Series B financing.

Larsson, who came to the United States from Sweden as a student, knows what it’s like to need these resources.

“Moving to another country, you just have to go through a number of things,” he said. “At the time, I even had to buy scratch cards to call mum and tell her I was alive.”

Larsson pointed out that migrants regularly run into banking problems, regardless of their degree of privilege, financial or otherwise.

“I come from one of the richest countries in the world,” he said. “I speak English fairly well. I still had all these problems.

This has made mobile banking for migrants an attractive and significant market.

The company has offices in Stockholm, Larsson explained, which focus on accounting and development of Majority’s mobile app. But its main markets are in the United States, especially Texas and Florida, for a reason.

Houston, home to Majority’s US headquarters, is the most diverse city in the United States, and Miami is a major hub for migrants, with nearly 60% of the city’s residents being American-born. foreign.

There are about 300 million immigrants worldwide, Larsson noted, many of whom pay fees for services such as sending remittances to family overseas. His own experiences meant he could clearly see the problem.

“If you don’t have a real problem, you don’t have a worthwhile business,” Larsson said. “The driving force of any successful entrepreneur is that you want to make a difference and solve problems.”

Houston is also a city where access to banking services has always been limited. A 2019 biennial FDIC study found that one in 10 households in the Houston metro area do not have access to a bank account. This is roughly double the national rate.

For migrants, Majority leaders said, paperwork is often a major hurdle. Under federal law, financial institutions are required to verify the identity of customers before they are allowed to open a deposit account, let alone apply for credit.

Most banks and credit unions in the United States rely on the most common forms of identification for this verification, such as driver’s licenses and social security numbers. Some also recognize certain documents that are relatively familiar in this country, such as Mexico consular registration numberor consular identity card.

The majority, on the other hand, take a more flexible approach, considering all the documents potential members are able to provide and assessing them on an individual basis. In most cases, a passport or driver’s license issued by the applicant’s country of origin is sufficient, but business owners have learned to accept certain other documents, such as the Colombian certificate cédula de ciudadania–a government-issued identity card.

“We say, we know who you are. We know where you’re coming from,” said Nixon Wegulo, chief risk officer at Majority’s Houston office. “Your documents are enough for us to give you the same experience as an American.”

“It just depends on their own decision,” Sanchez said. “I used to be at a credit union, and we always turned down the migrant community because they didn’t meet the requirements of most banks.”

Trust in financial systems can also be a barrier to banking services, Majority leaders say. The company tries to solve this problem by forging personal bonds with its members, a task made easier by the diversity of the company’s workforce.

The company has more than 80 full-time employees, who represent among them several dozen nationalities. When members call the customer helpline, they are connected with advisers from their home country, who know their cultural background and speak their language.

“We like to engage with people who understand where we come from,” said Wegulo, originally from Uganda.

Moito explained that when he started his career in the telecommunications sector in Nigeria, he was simply looking for a job – a way to pay the bills. But when he next came across fintech, he was struck by the impact of this work, bringing people into the banking system.

“When you step into this role where you find that what I’m doing is actually changing lives, changing behaviors, changing the country?” he said. “It’s really impactful, when you see people who were previously unbanked. You can do so much.