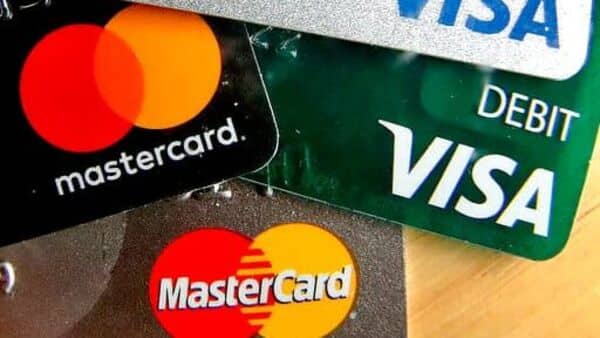 The banks are debating a plan to bring Zelle to the checkouts of major retailers.

The money transfer service exploded during the pandemic as people shunned ATMs and replaced cash and checks with digital money transfers. Zelle recorded some 1.8 billion transactions in 2021 for a total of $490 billion, more than double their pre-pandemic levels.

This growth has opened up new possibilities for Zelle and sparked a rift among the banks that own it – a group that includes JPMorgan Chase & Co., Bank of America Corp. and Wells Fargo & Co. At the center of the debate is whether it is in the interest of banks to promote a payment option that competes with the Visa Inc. and Mastercard Inc. card networks, according to people familiar with the matter.

Banks collectively earn billions of dollars every year from the fees merchants pay when shoppers use credit and debit cards. A payment option that transfers funds directly between buyer and merchant bank accounts could reduce this. But Visa and Mastercard set the fees and take some for themselves, and bypassing card networks would allow banks to set the rules and fees themselves. Zelle’s newfound popularity has some bank executives wondering if the service might be the way to do it.

Wells Fargo and Bank of America favor expanding the service to retail payments, according to people familiar with the matter, eyeing the popularity of such offerings in Asia. Bank of America customers made more Zelle transactions than they wrote paper checks for the first time last year.

Executives at JPMorgan, the largest U.S. bank, aren’t convinced now is the right time for a Zelle expansion and are asking for a greater focus on protecting consumers from fraud first, the people said. US Bancorp and Capital One Financial Corp. are undecided, they said.

Banks in favor of the move could try it for themselves, but a vote by Zelle owners is needed before the service can be activated at all banks using it, some people said. Seven banks own Early Warning Services LLC, the company that operates Zelle, and approximately 1,450 financial institutions offer Zelle to their customers.

Some banks are reaching out to merchants to gauge their interest in a pilot that would allow them to accept Zelle for online payments as early as this year, the people said. How it would work, what to charge merchants for the service and what incentives to offer consumers are all up for debate, the people said.

Zelle has already added features that serve businesses and “is working with financial institutions to explore more opportunities,” said a spokeswoman for Early Warning Services.

There’s no guarantee that such a service would catch on in the United States, where card payments reign supreme. Major merchants banded together several years ago to offer shoppers a bank account payment option, but the effort ultimately fell through.

The popularity of bank-based payment services such as Alipay and WeChat Pay in Asia has some banks and payment companies worried that a tech giant could step in and displace them.

Meanwhile, three banks plan to launch a pilot project that will allow people to use Zelle to send rent payments to a few large property managers, according to people familiar with the matter. For years, rental has been an industry where card networks have been trying to gain ground with little success.