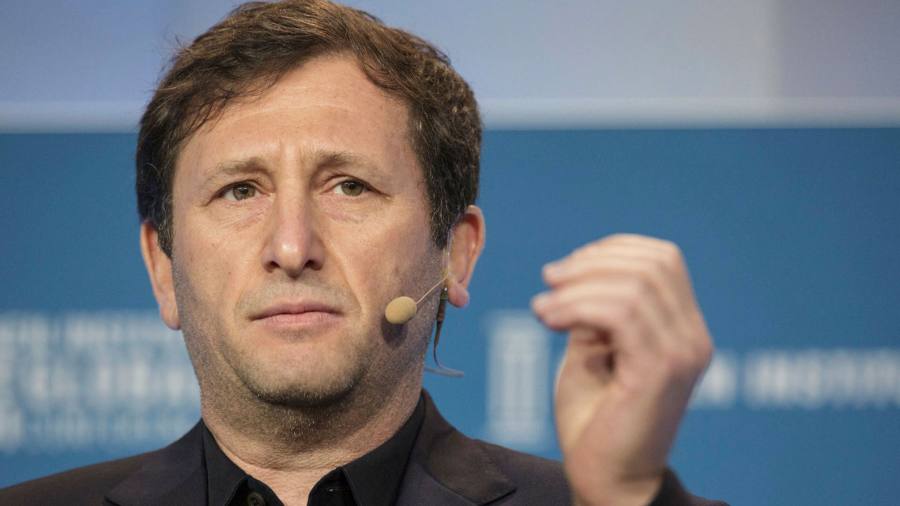 Alex Mashinsky liked to tell people that “banks are not your friends”. Banks have stopped caring about their depositors, he said, and haven’t innovated since the ATM, a line he borrowed from former Federal Reserve Chairman Paul Volcker.

Mashinsky, managing director of crypto lending platform Celsius, now suffers from a rather banking problem: after a sharp increase in crypto deposit withdrawals, his company had to suspend such redemptions. The move “will put Celsius in a better position to meet, over time, its withdrawal obligations,” according to a company statement. Honor over time: this is also a rather banal way of formulating a promise.

It’s always satisfying to watch the third act of a play about pride. But banks, especially American banks, are not your friends. They provide monthly cash to consumers through credit cards at rates that remain high no matter what the Fed does. They make transfers unnecessarily difficult and expensive. They charge monthly to handle small deposits and can’t break the destructive habit of charging huge fees on minor overdrafts. Something has to fix the banks. It’s just that crypto assets, crypto liabilities, and crypto culture don’t seem to have been up to the task.

Mashinsky, like other crypto believers, seems to be making a structural argument: banks are bad, so it’s a good thing we’re not a bank. But Celsius takes deposits and lends at interest. So Mashinsky actually makes a cultural argument; he promises to be a better banker than all those other bankers. The challenge with the cultural argument against bankers is that there’s a reason they don’t provide better financial products to consumers: the returns are terrible. To be a better banker, unfortunately, you don’t need to be more innovative. You have to want to do good.

In May, as the value of cryptocurrencies plummeted, the Fed released the results of its annual survey the economic well-being of American households. Overall, 19% of families used alternative financial services like check cashers or had no bank account at all. These portions are considerably higher for families without a high school diploma or earning less than $25,000 per year. They are also higher for black and Hispanic families.

The Fed report is consistent with Data from the 2019 survey from the Federal Deposit Insurance Corporation, which offers a little more detail on why so many people sincerely seem to believe that banks are not their friends. Of those without a bank account, half say they don’t have enough cash to meet minimum balance requirements – almost a third give the main reason. It’s not about financial education. Avoiding fees on small deposits, and in particular punitive and unpredictable fees on small overdrafts, is a rational choice.

Banks do not charge these fees because they do not have the capacity to innovate. They charge fees because fees are a good way to increase margins, especially on low balance accounts. A study this year by the US Government Accountability Office found that for banks with more than $1 billion in assets, overdraft fees represent just over 1% of operating revenue. The Cities for Financial Empowerment Fund, a non-profit organization, has developed standards for checking accounts with low balances, low monthly costs, and no overdraft fees, but so far only 238 of the 4,800 FDIC-insured banks and thrifts have voluntarily adopted these standards. A bank can be your friend. But this is not an innovation. It’s a choice.

This Fed survey offers an interesting picture of the types of services people are turning to instead. For starters, they just aren’t passionate about crypto. Last year, 12% of American adults held some sort of cryptocurrency. It’s not nothing. But almost all of them held crypto as an investment, not a service. Only 2% had used cryptocurrency to buy something and 1% to send money to friends or family. Crypto does not seem to be any more attractive than banks. It seems to be more attractive than the stock market – sometimes, but obviously not right now.

A much higher proportion of Americans, 10%, used a buy now, pay later service last year. Purposely borrowing a small amount from a BNPL service is a better experience than accidentally borrowing a small amount from a bank through an overdraft on your checking account. These services have their own consumer protection challenges and tend not to be profitable over the long term, particularly if they are regulated as tightly as the banks they so clearly resemble.

At the very least, however, buy now, pay later seems like a banking innovation that people actually want to use – as intended, not as a backdoor to higher investment returns. Mashinsky is right. Banks are a problem. But banks have always been a problem. This does not mean that crypto is the solution.

Buy a house with money