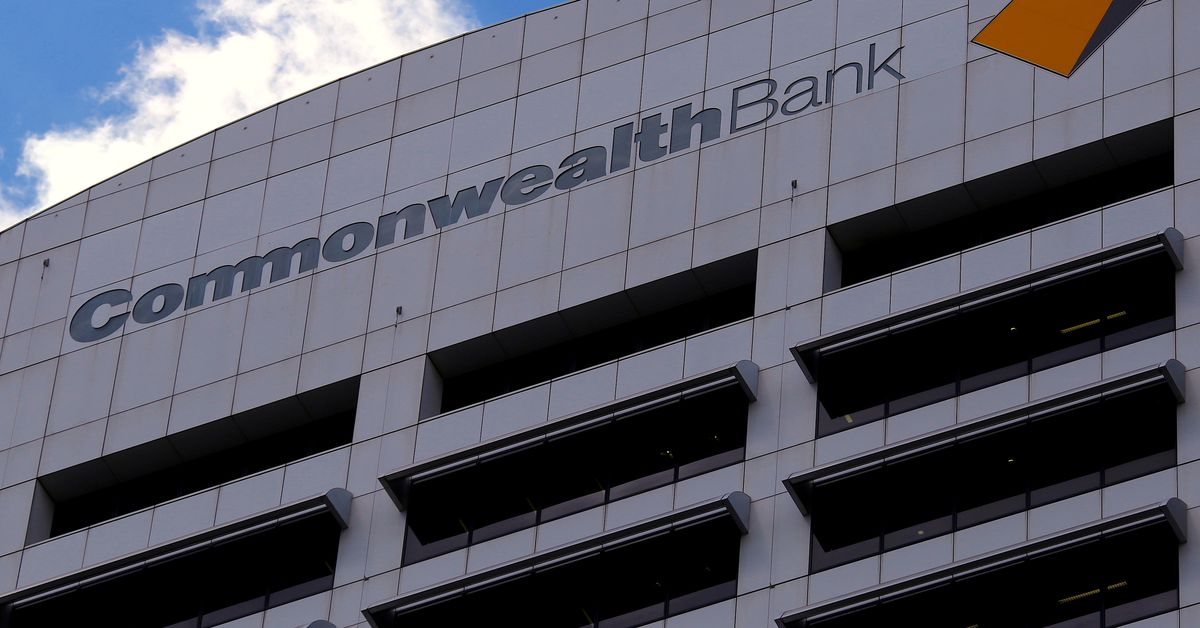 Feb 9 (Reuters) – The Commonwealth Bank of Australia (CBA.AX) beat first-half profit estimates on Wednesday and said it would buy back shares worth 2 billion Australian dollars (1.43 billion dollars), strong loan growth having cushioned the blow of intense competition for home loans.

Shares of the country’s largest bank rose 6% as its loan growth outpaced rivals in the corporate and personal segments, helped by a recovery in the economy from the pandemic-induced crisis.

But the bank’s margins narrowed to 1.92% from 2.06% a year earlier and it said the weakness was likely to continue as Australian lenders offer more attractive home loan rates to protect their share. Steps.

Margin pressure has also been compounded by a shift in customers to fixed rate loans, which tend to be cheaper than variable rates.

“While investors should receive positive momentum from core earnings, cost performance and further buybacks, we believe the near-term outlook for NIMs will cloud earnings growth prospects,” Citi analysts said. in a note.

Rivals Westpac (WBC.AX) and Australia and New Zealand Banking Group (ANZ.AX) have also reported margin pressure in recent days and National Australia Bank (NAB.AX), the latest of the so-called “Big Four is expected to follow with a similar warning on Thursday.

CBA cash profit climbed to A$4.75 billion in the half year from A$3.87 billion a year ago, beating an average estimate of A$4.35 billion by four brokerage houses.

Chief executive Matt Comyn said he expects the country to “have a good year in 2022” as it reopens its borders to the world.

The lender also increased its interim dividend to A$1.75 per share, or a total of about A$3 billion, from the A$1.5 per share it paid to shareholders a year earlier.

APIs to Drive Banking-as-a-Service Growth in 2022