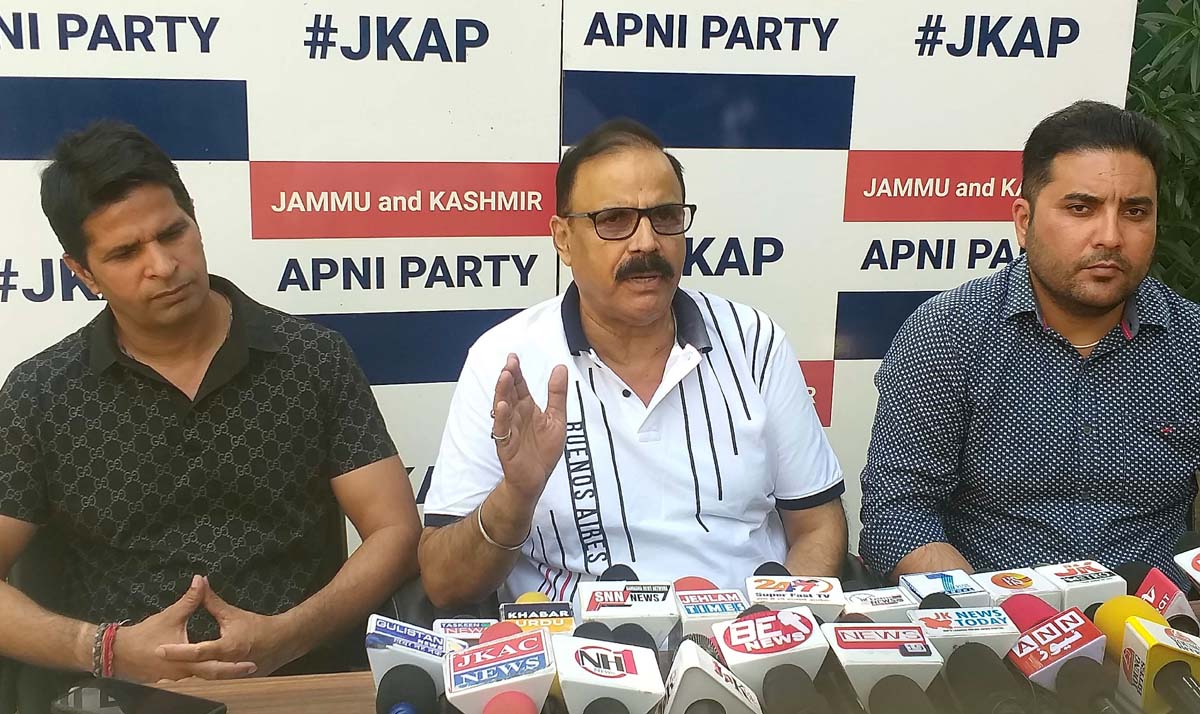 Excelsior Correspondent
JAMMU, April 8: Condemning the mysterious fires of the past few days, Chairman of the Apni Party Trade Union (APTU), Ajaz Kazmi, today demanded compensation and a bank loan facility for the owners of burnt-out houseboats in Srinagar.
In a press conference he delivered at the Apni party office in Gandhi Nagar, Kazmi called on the government to compensate the houseboat owners in Srinagar whose property worth millions was destroyed during of the mysterious fire. He was accompanied by Provincial President, Raj Kumar Sharma, and District President, Jammu Anirudh Vashist.
He also demanded that the fires that have occurred in recent days be fully investigated and that those charged or the reason behind the incidents be exposed in public.
Kazmi said houseboat owners lost millions of dollars and their assets were lost, which they built up for years after borrowing money from banks. “The government must save the tradition of Kashmir by giving easy bank loans to the owners so that they can rebuild the houseboats,” he added.
In the meantime, he also demanded that the regularization orders be issued in favor of the 12,000 daily bets of PDD. He said the government should not have selectively regularized all daily betting indiscriminately. He also said the government should waive electricity bills for families below the J&K poverty line (BPL).
Likewise, he also raised the issue of overcharging by the stores allegedly sponsored by private schools in Jammu regarding school uniform, shoes, books and notebooks. He called for the intervention of the director of school education in Jammu and an investigation into why parents are being pressured to buy school uniforms, shoes and books from some of the specified shops, although the cost of the same products is much lower on the free market.

RBI to set up committee to review customer service standards in banks, NBFCs and payment operators